Festivals of the Month – November 2019

We present a list of Asian film festivals that will take place in Canada, Poland and United States during November 2019. 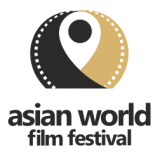 The Asian World Film Festival (AWFF) brings the best of a broad selection of Asian World cinema to Los Angeles in order to draw greater recognition to the region’s wealth of filmmakers, strengthening ties between the Asian and Hollywood film industries. Among the films presented for this year we can recommend “Memories of my body” by Garin Nugroho (Indonesia), “Aurora” by Bekzat Pirmatov, “The Golden Throne” by Rustem Abdrashov (Kazakhstan), among others. The opening film will be “Just Mercy” by Destin Daniel Cretton (USA) and the closing film will be “Weathering With You” by Makoto Shinkai (Japan).

VAFF is the longest running pan-Asian diaspora film festival in Canada. It was founded in 1995 and debuted in September 1997. Since then, tens of thousands of film lovers have experienced a diverse selection of North American-Asian and international films, in English and in other languages. Vancouver Asian Film Festival (VAFF) is dedicated to promoting and celebrating the diversity and depth of Asian culture and identity in film and media, and to help North American Asian actors and filmmakers more authentically and more powerfully define and express themselves on screen.

The Toronto Reel Asian International Film Festival® is a unique showcase of contemporary Asian cinema and work from the Asian diaspora. Works include films and videos by East, South and Southeast Asian filmmakers in Canada, the U.S., Asia and all over the world. As Canada’s largest Asian film festival, Reel Asian® provides a public forum for Asian media artists and their work, and fuels the growing appreciation for Asian cinema in Canada.

From the programme we can recommend “John Denver Trending” by Arden Rod Condez (Philippines), “We Are Champions” by Chang Jung-chi (Taiwan), “We Are little Zombies” by Makoto Nagahisa (Japan), among others. The opening film will be “To Live To Sing” by Johnny Ma (Canada, China, France).

Since 2000, the San Diego Asian Film Festival has been one of the premier platforms for Asian American cinema and has grown into the largest showcase of Asian cinema in the western United States. The festival is borne out of the love for independent film and the desire to showcase the diverse Pan Asian experience through film and other arts.

From this year’s programme we can recommend “Fly my to the Saitama” by Hideki Takeuchi (Japan), “Heavy Craving” by Hsieh Pei-ju (Taiwan), “John Denver Trending” by Arden Rod Condez (Philippines), among others. The opening film will be “The Paradise we are looking for” by Joseph Mangat, Norbert Shieh, Quyên Nguyen-Le, R.J. Lozada (USA).

Five Flavours Asian Film Festival is a showcase of the cinema from South and Southeast Asia, happening every year in Warsaw, the most diverse place in Poland, with big cultural agenda and historical heritage. From the programme we can recommend “Blue Hour” by Yuko Hakota (Japan), “BNK48: Girls Don’t Cry” by Nawapol Thamrongrattanarit (Thailand), “Bulbul Can Sing” by Rima Das (India), “Fly me to the Saitama” by Hideki Takeuchi (Japan), “Jimpa” by Pema Tseden (China), among other titles.