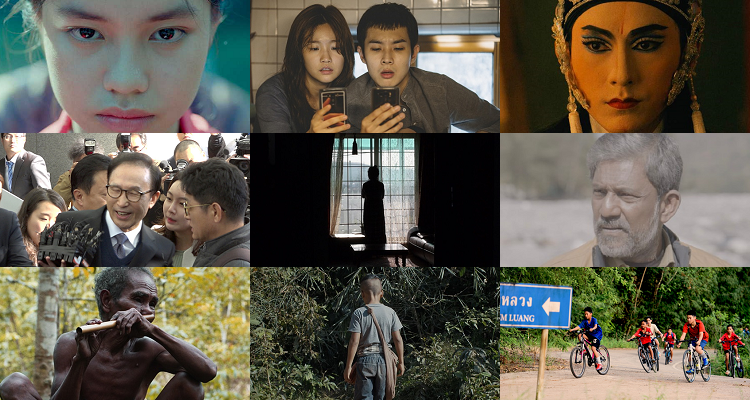 We continue with our list of films that you shouldn’t miss at the 10th Cambodia International Film Festival which will take place from March 13th – 22nd (2020) at Phnom Penh, Cambodia.

About the festival:
The Cambodia International Film Festival is the most significant and industry driven film event in the Kingdom of Cambodia. Every year, the event features prominent pictures and hosts guests from Cambodia and abroad. CIFF is aimed at sensitizing audiences to the Art of cinema, promote innovative international film making in various forms and present quality productions made in and about Cambodia by national and international filmmakers.

The thrilling story of a boatman trying to escape his past, who becomes the caretake of a Himalayan resort after an attempted suicide.

A poor family, the Kims, con their way into becoming the servants of a rich family, the Parks. But their easy life gets complicated when their deception is threatened with exposure.

The Grand Canal project, Four Major River Project, was one of the key pledged of former President Lee Myung Bak. When this project was confronted with national opposition, he withdrew saying that he was carrying out a project to save the four rivers. It was a lie.

Set in 1980s Siagon, Song Lang is a gritty underworld noir hiding a tender, romantic heart. At the film’s core is the unlikely bond that develops between hunky, brooding Dung, a tough debt collector for a ruthless loan shark, and Linh Phung, a charismatic young opera singer from a struggling CAI LUONG troupe.

Every dry season, a 1.5 Km bamboo bridge has been built across the Mekong River to the island of Koh Pen in Cambodia. Every year, the bridge is dismantled in the wake of the monsoonal tides and recycled for the following year. In 2017, this bridge was built for the last time when a massive new government funded concrete bridge was inaugurated as the country embraces China’s One Belt One Road initiative.

When a soccer team of 12 boys, age 11-16, and their 25-year old coach are trapped deep inside a cave in Northern Thailand, thousands of volunteers and soldiers from around the world unite in a race against time to find them.

An old Laotian hermit discovers that the ghost of a road accident victim can transport him back in time fifty years to the moment of his mother’s painful death.

In 19th century rural Vietnam, fourteen-year-old May is ready to become the third wife of a wealth landowner. Little does she know that her hidden desires will take her by surprise and force her to make a choice between living in safety and being free.

Derived from the proverb “What the axe forgets, the tree remembers”, this film presents the current situation in Malaysia where a racist policy is still practiced, and the victims have been forced to remain silent.

“Can you mourn for a person of whom you have no memory?” This is the question that comes up in this calm kaleidoscope of intimate impressions and associations that connect three woman: director Young Sun Noh, her mother, who was born and still lives in Korea, and her Japanese grandmother, who traveled to Seoul during the Japanese occupation of Korea to join her Korean lover.

To see the first part of this article, go here: PART 1

For more information about the programme and schedule please visit the official website of the festival here: http://bit.ly/2xiFMvF