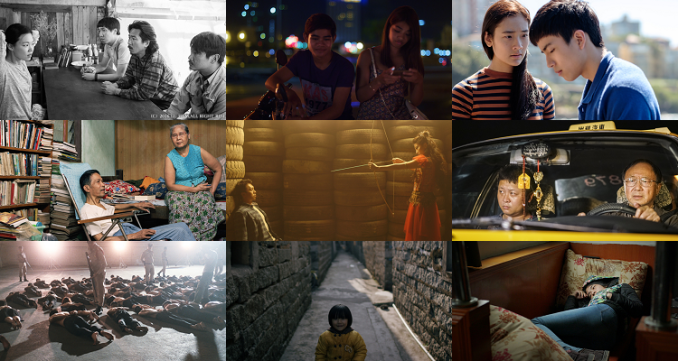 We present a list of films you cannot miss at the Focus on Asia – Fukuoka International Film Festival 2017 that is taking place from September 15th – 24th, in the city of Fukuoka, Japan.

Three men who are drop outs from society have a daily routine of meeting at a small bar run by Yeri. In a matter-of-fact approach, the film depicts their sad yet somewhat heartwarming routine through sensitive beautiful screen images. One attraction of the film may be in seeing three very talented young film directors (Yang Ik-june, Yoon Jong-bin, Park Jung-bum) play the roles of 3 lackluster men.

Lynn, a high school student with exceptional grades, comes up with a business scheme after helping a friend during an examination. The scheme; she gets money for giving out answers during an examination. As students devise various measures to do well in their exams, Lynn’s business skyrockets. Shouldering great expectations from students preparing for their exams, she gets a chance to earn big money for her business by taking on the international standard examination required of students wanting to enroll in the top leading universities of the world. Can she pull it off?

Having ended a 50 year-old dictatorship, the seeds of democracy are starting to sprout in Myanmar (formerly Burma). In Myanmar, poetry is an accepted form of expression. The film depicts the face of Myanmar which is trying to change into something new as it heals itself through both the poetry of its people and anti-establishment poets such as Maung Aung Pwint.

By the time it gets dark by Anocha Suwichakornpong
Thailand, France, Qatar, Netherlands | 2016 – 105 min.

The second film from Anocha Suwichakornpong, the driving force behind Thai art genre films. To use as script material, a female film director interviews a woman who used to be in the student movement in the 1970s. Gradually, memories and space blend together into an exquisite collage. A film of poetic imagery full of stimulation which swept awards such as Best Picture and Best Director at the Thailand National Film Association Awards.

Based on a true story, a film about a repentant drug dealer and drug addict during the 1970s and 1980s who takes a new lease on life and helps rehabilitate drug addicts.

Schedule:
September 24th – United Cinema (Canal City) 5 – 19:00 pm
※This film will be shown after the Fukuoka Audience Award Ceremony (you must complete an application form to see this film).

In Phnom Penh, the capital of Cambodia, “Diamond Island” is a big district for development. Young Bora leaves his village to work at a construction site here. Despite being poor he enjoys his life making friends and getting to know women. One day, however, he meets his brother, Solei, who he hasn’t seen in 5 years. Winner of the SACD Prize at the 69th Cannes Film Festival.

The assignment Na Dow accepted was very simple. He was to deliver some goods he received early in the morning, and return by dusk. For this journey, he chooses a taxi driven by a weird elderly man…The drama that unfolds with men from the underground mob is painted with humor. Michael Hui, the former king of Hong Kong comedy, plays the taxi driver.

Honeygiver among the Dogs by Dechen Roder – Bhutan – 132 min.

In a mountain village, Kinley investigates the disappearance of a Buddhist nun. A woman named “Choden”, referred to by the villagers as a “demoness” holds the key to the case. Realizing the police are after her, she decides to leave the village. In order to unmask the truth behind the case, Kinley decides to approach and accompany her while concealing his identity. She then starts to narrate a mysterious story. A female film director presents a film of mystery set in Buddhist mythology.

16 year-old Lynn, a high school student, lives with her grandparents away from her mother in a provincial city in the south of China. Bullied at school and alienated at home, she only trust networking via smartphone. She then steals a smartphone and sells it to a stranger via SNS for some quick cash. Winner of the 67th Berlin International Film Festival Special Mention of General 14 Plus by an International Jury.