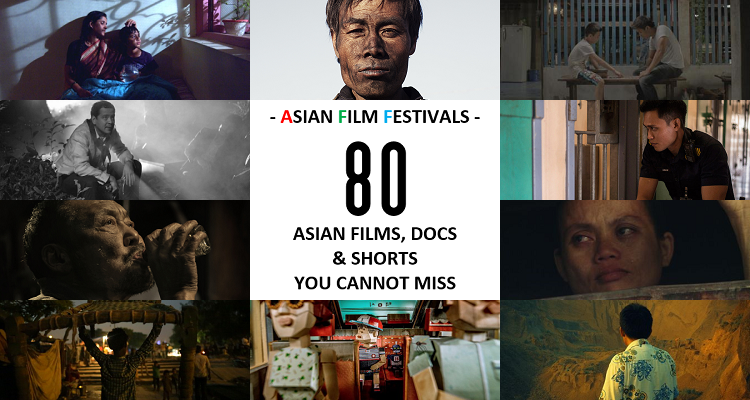 AsianFilmFestivals present a list of 80 Asian Films, Docs & Shorts you cannot miss. In this first publication we explain how the list was made and we present the first short films.

About the list
After covering lots of festivals in these first months of 2016 we decided to publish a list of 38 Asian films, 17 documentaries & 25 shorts you cannot miss. The list was made taking into account fifty-six festivals that took place from January – June (2016). After reading lots of catalogues we decided to highlight films we consider interesting to watch. We try to be fair and cover all genres.

To make it more organized we decided to publish the list in different post. Also to make it more accessible for future reads we created a new section in the Top Menu called “80 Asian Films” there you will find all the post we create related to this list. We hope you like our selection of films and as always we are open to any comments.

Note: the films were order alphabetically

Artist Lin Tay-Jou uses aerial photography to raise the issue of environmental protection. Focusing on Yunlin County, we see the area covered in smog and the Jhuoshushi River drying up. The film can be seen as a chronicle of the environmental disasters resulted from industrial development, which ends with the Tianjin explosions in 2015.

In 2005, Myanmar government started a nation-wide campaign to plant Physic Nut – a toxic bush-like tree – for biodiesel production. It was considered “a national duty” to grow these trees. The country was to plant eight million acres within three years. This radical program resulted in land confiscations and forced labor all over the country. Faced with these hardship and injustice, four courageous farmers from Nat Mauk (Magway Division) stood up against the authorities and fought for their rights and their land.

Migrant workers pursue employment opportunities abroad. Legislation to terminate and deport pregnant workers is commonplace in Asia and though many countries are beginning to annul such practices, income remains foremost priority for migrant workers. A child is an anchor for the family unit, but not where the stakes are high and anchorage is prohibited.

Where are we to turn when the ones sworn to protect us are the ones against whom we must be protected? It was just another day for Kabir and Arnav. But their lives take a turn for the worse when two cops decide to make a spectacle of them. As the night unfolds, help comes from an unlikely source who goes on to unmask the hypocrisy of our society

The film is terribly shameless and nonchalant. In all aspects, including in acting, directing, content, and method, even in its method of handling the theme. The short 14 minutes dealing with the business of underage prostitution is filled with a cunning change in character relationship, a tumultuous wave of emotions, and even an unexpected twist. And all this was surprisingly taken in just one shot. The film is full of bewitching magical moments in one long take.

There is a girl called A-yeon who gets bored with her friends. One day, she became interested in So-min who has a little glass bottle containing lavender. A-yeon suggests So-min to hang out with her friends but So-min feels uncomfortable around them.

The boy and his family visit a deer farm in a country village. And there, the boy experiences something bizarre. An experimental animation creating new senses by employing a good mix of 3D Painting, stop motion and 2D methods.

A poignant story of a middle aged fisherwoman who dreams of owning an auto rickshaw and the subsequent events caused by the auto rickshaw.

JULIAN CAPOY, ‘Julie’ as he is fondly called, has been working in construction for twenty-two years, hiding his real sexuality throughout his profession. His seemingly alternatively perfect life will change in a day, all because of busted bathroom doorknob. 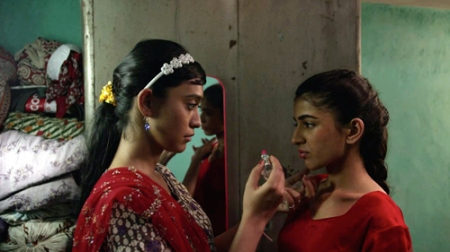 Raisa lives with her Ammi and three younger sisters in the ghettos of Hyderabad’s Old City. When Ammi promises her 13-year old daughter, Zainab, in marriage to a foreign businessman, Raisa decides that she must save her little sister. She hatches a dangerous and irreversible plan involving an archaic remedy that promises to restore a girl’s virginity.

Go to the 80 Asian Film to see the complete list