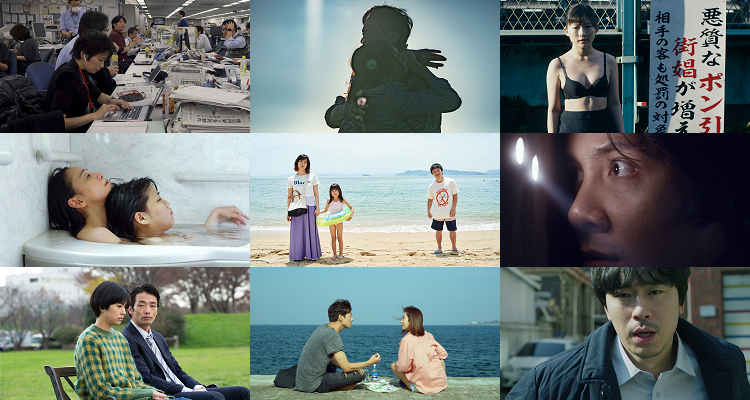 We present a list of twenty films you shouldn’t miss at the 32nd Tokyo International Film Festival which will take place from October 28th until November 5th in Tokyo, Japan.

About the festival:
The Tokyo International Film Festival (TIFF), the only Japanese ﬁlm festival accredited by the International Federation of Film Producers Associations (FIAPF). TIFF started in 1985 as Japan’s ﬁrst major ﬁlm festival. Since then, it has grown to become one of the biggest ﬁlm festivals in Asia. TIFF seeks out excellent ﬁlms from around the world and brings them to Tokyo, where ﬁlmmakers and ﬁlm fans can enjoy them, meet emerging ﬁlmmakers, and be inspired.

A-ho is a boy from an ordinary family. His father is a driver education instructor, his mother is a hairstylist, and his older brother is a high school student set to enter college. A-ho’s brother A-hao is a model student, and his father has high expectations of him. On the other hand, A-ho is a troublemaker and the black sheep of the family. One day, a terrible misfortune befalls A-ho’s family, and A-ho, who learns about his girlfriend’s pregnancy, gets into serious trouble because of his friends and ends up in a juvenile detention center. His father’s anger and contempt for A-ho grow extreme, and a series of crises completely shatter the family. Released from the detention center, A-ho tries his best as the head of his family, but society does not accept him and his life continues in a downward spiral. A Sun presents a realistic portrayal of the process in which an ordinary family pushed to the brink of their limits comes to embrace each other. (CHAE Bohyun)

So-wol, unable to move on from the accident which killed her boyfriend, ends up living in on Jeju Island, site of the tragedy. Three years later, old friend Cheol visits… Debut director’s drama about love and friendship.

I Was a Secret Bitch by Koichiro Miki – Japan | 2019 – 112 minutes
Section: Special Screenings

Hiromi is an attractive young woman who finds entertainment in making men fall for her. But when she gets a taste of her own medicine, she realizes there is something lacking from her life.

This documentary from the producer of The Journalist and director Tatsuya Mori, known for A and Fake, follows the real-life female journalist, Isoko Mochizuki, on whom the protagonist was loosely based.

Jung-ho, whose estranged wife is found dead, is suspected of murder but remembers nothing about the evening. Will his memory return? Is he innocent? A sensational debut film by a Korean director.

This is a film about female escorts who are living life as best they can. Kana Yamada makes her feature directorial debut, adapting her own stage play. Sairi Ito stars as the protagonist, Kanou.

Bearing a facial bruise, the heroine is a shooter who served in the military. But after losing her job, she spends her nights getting drunk in a bar – until a phone call changes everything. This superb film turns a series of unassuming shots into an emotional drama.

Malaysia-born, Philippines-based Bradley Liew’s second feature is a horror film with a multi-national crew and cast. A man confronts a demon haunting a motel he has taken over from his father.

To see the second part of this article, go here: PART 2 (Soon…)

For more information about the programme please visit the official website of the festival: Tokyo International Film Festival