We present the list of winners of the 12th Osaka Asian Film Festival that took place from March 3rd – 12th in Osaka, Japan.

The film begins with an old man picking up his son from a mental hospital. The father is a trucker who regularly drives to China. He has long been absent as a father but now he has custody of his son, a former financial analyst suffering from severe bipolar disorder. The father must take his son home and help his child manage his problems. Both men are in deep remorse for the accident that caused the death of the mother. Their history fuels the tension and anxiety that boils as they stay with each other in a tiny subdivided flat. As time passes, they realize the pain between one another is not the only confrontation that awaits them; they must face the cruel and unjust world that they are living in.

Hong Kong stars Eric Tsang and Shawn Yue take the lead in a daring indie drama that looks at the pressures of life in the city’s poorest and bleakest environment and asks how strong people need to be in order to change.

In a small town somewhere in Taiwan lives Sei, a woman in her late-thirties. She moved from Macau to Taiwan 15 years ago with her husband but finds herself drawn back when she discovers her best friend in Macau, Ling, has just passed away. Sei recalls her younger days with Ling in the 1990s. It was Ling who got Sei her first job at a massage parlor and invited Sei to live at her home. Their friendship deepened when Ling discovered she was pregnant and with the arrival of Ling’s baby boy, Lok Lok, the three became a family. But as the date of Macau’s handover to China neared, Ling fell in love with a restaurant owner and on the eve of the handover, the two women fought and then parted ways. Things have changed in Macau, including people, as Sei discovers when she re-unites with Lok Lok, who has grown up and reveals that Ling has kept a promise to Sei she never knew…

By the time it gets dark by Anocha Suwichakornpong
Thailand, Netherlands, France, Qatar | 2016 – 105 min.

A film director and her muse who was a student activist in the 1970s, a waitress who keeps changing jobs, an actor and an actress, all live loosely connected to each other by almost invisible threads. The narrative sheds its skin several times to reveal layer upon layer of the complexities that make up the characters’ lives.

“By the Time it Gets Dark” examines whether artists can relate to grim events from the past through a film-within-a-film premise. The military-led massacre of student demonstrators at a university in Bangkok in 1976 serves as the subject for a film the characters are involved in. As the filming takes place, audiences are asked to question whether people can truly understand the historical trauma of what happened through viewing philosophical passages of action made up of increasingly surreal and beautiful images juxtaposing a peaceful and prosperous present with those brutal events of the past and the ghosts that remain. 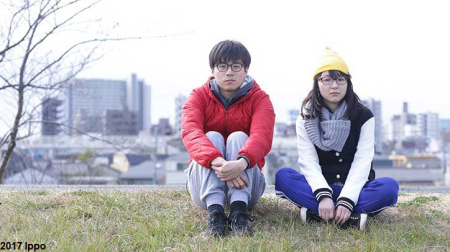 Rinko has been living with Isamu, a graduate student, for three years. They have decided to break up, but are still living together. Their current relationship of “more than just friends but not quite lovers” is very comfortable for Rinko, so she hasn’ t moved out yet. However, Rinko has realized that she still loves Isamu… One day, Rinko finds out that a young girl who studies with Isamu has feelings for him. And it seems Isamu is also becoming attracted to her. Now, Rinko is faced with a tough decision.

July and Ansheng are both 13 when they meet in high school and become best friends fast despite having differing personalities. July is calm like water while Ansheng is a fiery ball of passion. They become inseparable. As fate would have it, at the age of 18, they fall in love with the same man, Jia-ming. Because of their different values and lifestyles, they are destined to arrive at two completely different endings but they will never completely lose their bond…

Based on a short story by the writer Qing Shan, this tale of two BFFs falling for the same guy has drawn comparisons to the Shunji Iwai’s masterpiece “Hana and Alice” (2004) but its sensitively told story does enough to make it different. It features two award-winning performances from lead actresses Zhou Dongyu and Ma Sichun who make this coming of age drama a touching journey to behold.

Jane Ciego started acting in showbiz at a young age. Now in her 30s, she decides to produce her own film to win some respect in the industry. But things do not go as planned and an accident on location cripples her. Jane wakes up unable to walk and trapped in her own home, a large house filled with strange sounds and people who may want to harm her. She is looked over by her cold husband Carlo and a sadistic nurse named Lilibeth, and then there is Rose, a nurse wanted by authorities for sexually molesting a patient. She mysteriously enters Jane’s life and soon begins affecting her dreams as much as her waking life. Jane’s sanity begins to crumble as the horrors pile up in a symphony of blood, tears and madness. What was supposed to be a simple dream for Jane soon becomes an endless nightmare. 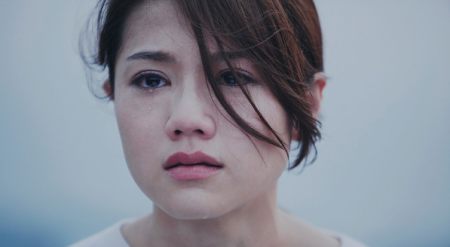 Christy is a typical city girl born and raised in Hong Kong. She is a month away from turning 30 and has to cope with some of the same struggles shared by women her age: the stress of work, aging and annoying parents, and a seemingly stable yet stagnant romance. The prospect of this pressure being her future is depressing but fate (and losing her apartment) makes her connect with Joyce, a woman who has never been in love and works in a dead-end job. Despite this, Joyce is relentlessly optimistic and has made the bold decision to pack up her bags and follow her childhood dreams of traveling. Christy moves temporarily into Joyce’s home and through exploring Joyce’s diary, learns more about Joyce’s life and finally makes big decisions about her own.

“29+1” is a glossy story that should appeal to a wide audience due to its universal themes about growing older and facing different responsibilities.