We present a list of 5 Feature Films and 10 Short Films worth watching at the New Zealand Mountain Film Festival that will take place from July 1st – 9th in Wanaka, Cromwell and Queenstown (New Zealand). 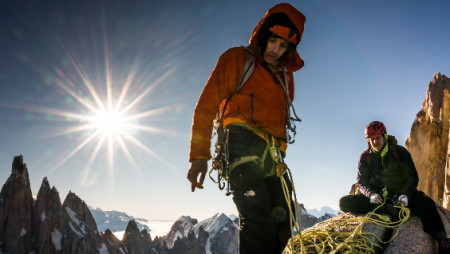 The Fitz Roy traverse is one of the most sought after achievements in modern alpinism: a gnarly journey across seven jagged summits and over 4,000m of vertical climbing. who knew it could be so much fun? Join Tommy Caldwell and Alex Honnold on the inspiring, and at times hilarious quest that earned the Piolet d’Or. 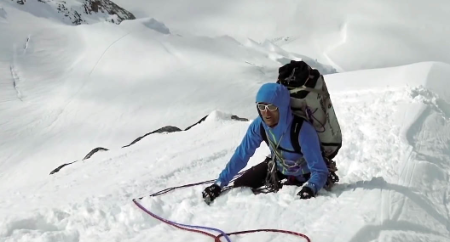 Dubbed ‘The Mountain God’, the Citadel is a stunning 3000m peak in one of the remaining untouched corners of the Great Alaskan Range: The Neacola Mountains which due to their typically poor conditions and remote location are largely unexplored. The Citadel is beautiful but deadly, plagued by bad weather and prone to avalanche. Matt Helliker and Jon Bracey are one the UK’s most formidable partnerships in alpine climbing with many world class ascents to their names from the UK to the Alps and the greater ranges. Their objective is to make the first ascent of the extraordinary 1200m long north-west ridge.

A chronicle the lives of the indigenous porters of Baltistan in Pakistan. These heroes of mountaineering make it possible to climb K2, the second highest mountain in the world. Amid breathtaking scenery, the film depicts the courage and everyday sacrifices of these hard working porters. It also provides a fresh look into Pakistan, a country typically portrayed in the foreign media as being merely a land of conflict and sectarian strife. 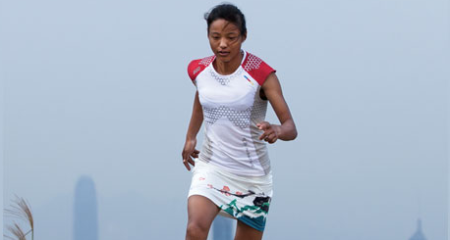 Follow the journey of a spirited Nepali village girl on her pursuit to being a world-recognized mountain runner. Growing up in a remote mountain village in Nepal, Mira always dreamed of being successful in sport despite all the challenges that she & other Nepali girls face. After running away from home, Mira joined the Maoist army until as a young adult, she travelled the long distance to Kathmandu to try her luck. Out of money, she was about to return home to her village, when by chance on a morning run, she meets another runner who tells her about a long running race in the local hills. She wins it and soon begins to realize her tough mountain village upbringing has prepared her perfectly for this sport. This inspirational story, filmed across Nepal, Hong Kong, Australia, Spain, Italy & France tells the story of Mira’s journey in the face of adversity to compete against the world’s best mountain runners.

All Roads Lead to Scotland by Matt Pycroft, Matt Hardy and Adrian Samarra – UK | 10 min.
Opposites attract. There isn’t a more appropriate statement to describe the unlikely yet formidable climbing partnership that is Nick and Tim. They met on the mountains of Scotland in winter, and despite walking their own paths in the mountaineering world they are both drawn inexorably back there each winter. The fickle conditions that define Scottish winter climbing frequently lead to frustration, but the prospect of discovering an obscure gem presents an irresistible allure to them both. 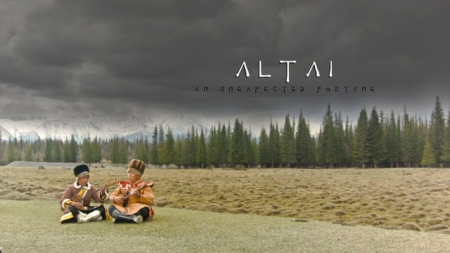 A ski journey to the remote Russian Altai Mountains in hope to discover a skier’s paradise. After a long travel the skiers found themselves again in a tiny woodshed at the sidelines of a Russian farmers’ village called Kurai, having no idea what is going to happen next. When the first sun rays squinted into their room, they opened the curtains and saw the whole Altai Massive stuck out of the Siberian steppe – unspoiled and incredibly beautiful. Will there be good skiing out there? What they finally found deep in the heart of these soaring mountains excelled their wildest imaginations – a truly unexpected fortune!

Join National Geographic Explorer Jon Bowermaster as he adventures down the coast of Antarctica by sea kayak and sailboat on the 7th Continent. Though covered by as much as three miles of ice, the Peninsula of Antarctica is changing very fast as temperatures warm and ice melts, impacting both wildlife and the environment. How fast? Faster than most scientists predicted.

One of the great mountaineers of the second half of the twentieth century, Chris retraces the stories and adventures of a lifetime exploring and climbing the world’s mountains. A starting point for a journey and a reflection that embraces the deepest, most noble but also contradictory sentiments of this mountaineer and man.

HIMALAYA is a fable, that we heard whispered in our ears while hiking through the mountains. “Himalaya” (हिमालय) literally means “abode of snow”. And this range actually is home to nine of the ten highest peaks on Earth, including the highest, Mount Everest, which is called Sagarmatha in Nepal and Chomolungma – The Goddess Mother of Earth – in Tibet. It is also home to thousands of people, stretching through five countries: Nepal, India, Bhutan, China (Tibet) and Pakistan. Three major rivers in the world — the Indus, the Ganges and the Brahmaputra — originate in the Himalaya. 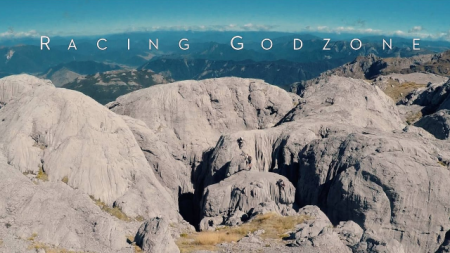 Follow Wanaka team Torpedo7 through their 4 day, 4 hours, and 37 minutes of pure grunt in the GodZone Adventure race in the Nelson Lakes, arguably the world’s most technically challenging Adventure race.

Remarkables, Where we Belong by Guillaume Charton – New Zealand

This movie retraces the first ascent of Friday’s Fool, a steep mixed (rock + ice) climb on the daunting front west face of The Remarkables high above Queenstown. Months of editing, filming, interviewing local climbers and taking pictures should hopefully give a sense to what winter climbing on The Remarkables is about!

Space by Gnarly Bay – US

A travel film, of sorts. It is also a reminder (to ourselves) that this strange, unique wilderness is ours for now…and each day the lights turn on. Filmed in NZ.

The Sammy C Project by Teton Gravity Research – US | 18 min.

At 85 years old, organic raisin farmer and lifelong river advocate Walt Shubin is not slowing down. He has dedicated the last 65 years of his life to restoring California’s once-mighty San Joaquin River to the wild glory he remembers as a young boy. Driven by his passion for the river, and despite worn out knees and joints, he takes us on a journey to help us understand why this river is so important.

For more information about the festival and the film screening hours please visit the official website of the festival: New Zealand Mountain Film Festival

To see the festival profile please follow the next link: Festival Profile