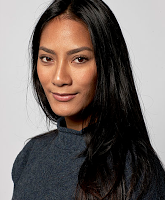 The Indonesian Film Festival will be held from April 14th until the 20th at the Australian Center for the Moving Image, in the beautiful city of Melbourne.

We present the list of winners of the Nashik International Film Festival that took place from March 17th until the 20th in Nashik (India).

Ten Asian films will be screen during the Istanbul Film Festival here is more information about them.

We present the list of nominees for the 3rd Wildflowers Film Awards Korea.

There is still time to be part of this unique film festival.

We present the winners of the Tokyo Anime Award Festival that took place in Japan.