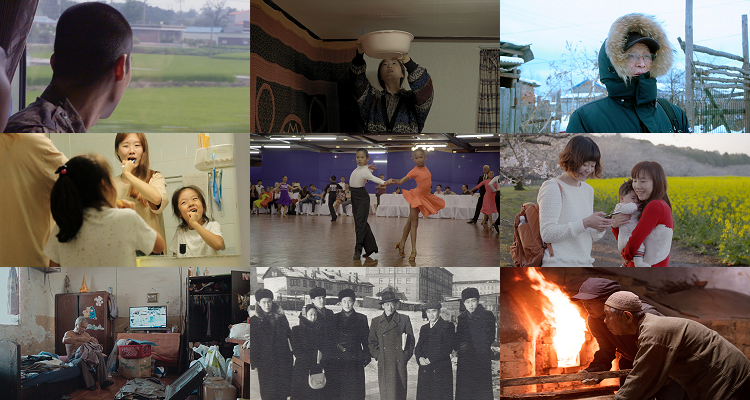 We present a list of twelve documentaries you shouldn’t miss at the 16th EBS International Documentary Festival (Korea) which will take place from August 17th – 25th, in Goyang, South Korea (an on the EBS TV Channel).

About the festival:
The EBS International Documentary Festival (EIDF) is hosted by EBS, a national public television featuring educational and cultural programs in Korea. EIDF is one and only documentary festival through both screening and broadcasting at the same time. As Asia’s prestigious documentary festival, EIDF began in 2004 and highlighted on the documentary films which were focused on Asia or were made in Asia. However, EIDF has extended the interest to a variety of countries from around the world since 2004. 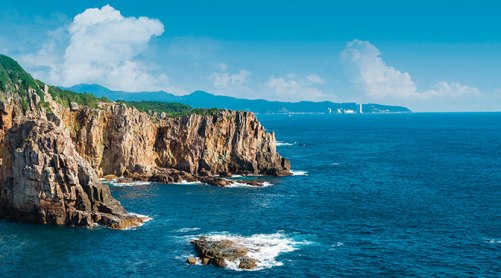 The 50m high cliff of Sandanbeki in Western Japan is a popular sightseeing spot and a well-known location for suicides. Pastor Fujiyabu has been working as a gatekeeper here since 1999. He listens to the troubles the would-be suicides have and assists them in rebuilding their lives while offering them a place to live.

The film follows Woochul’s journey of the mandatory service to reveal how he is shaped into being a part of the collective. “You belong to the country for two years”, Woochul’s friend jokes as he follows him to the enlisting ceremony. The film follows the entire two years to draw a portrait of Woochul’s disenchanting struggle to find his identity. The humor drawn within the rituals of the military traverse against Woochul to embody his recurring nightmares. 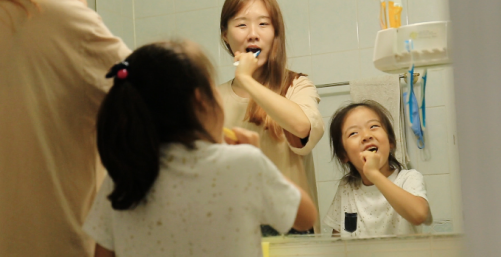 Once known as a science prodigy, I used to be my parents’ pride and joy. Now, after majoring in English literature, I sit around at home, unable to find a job. But then my little sister tells me that she wants to be a genius like me. She’s only a first grader at elementary school, but follows a tight study schedule in order to become “just like me.” And my mom is always right there next to her. It pains me to see their fierce everyday routine. 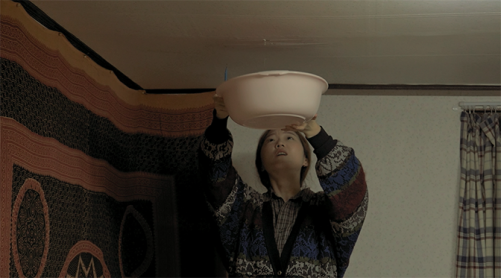 My parents were real estate developers and dealers in the 80s. Thanks to the property market boom, they were able to realize their “middleclass dreams.” But after the Asian financial crisis, everything vanished into thin air. However, my parents still wishfully hope for a “jackpot” to help them make a miraculous comeback. I take out my camera to investigate the truth of the real estate business and of my family history, which seem inextricably bound together. 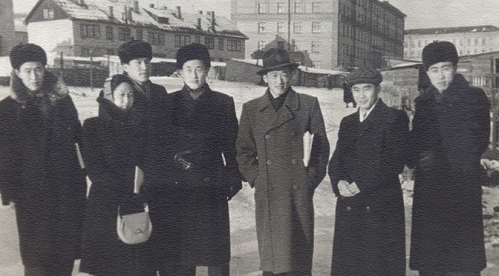 An interlocking portrait of eight North Korean men who went to Moscow Film School in 1952, and sought political asylum in 1958 after denouncing Kim Il-sung. Three of them became filmmakers in Kazakhstan and the Soviet Union. Choi Kuk-in in particular established himself as an acclaimed director with The Year of the Dragon (1980) and a voice of solidarity with the resistance movement of the Uighur. Han Jin became a writer at the Koryo Theater for ethnic Koreans in Central Asia. The film stands as a memorial for the people who met their last moment in a foreign land. 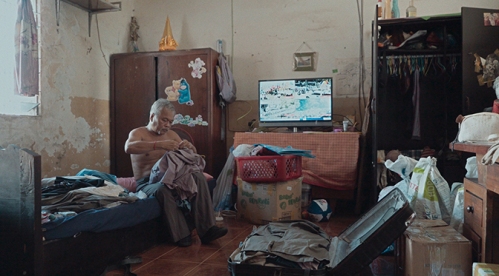 One decade after Cambodia’s independence and amid a movement of New Khmer Architecture, Cambodian architect Lu Bun Hap and Soviet architect Vladimir Bodiansky constructed the Municipal Apartments, also known as the White Building. When director Kavich Neang learns the 493 families of the White Building have agreed to vacate for a condo development, he decides to document the last days, starting by following his parents and family. 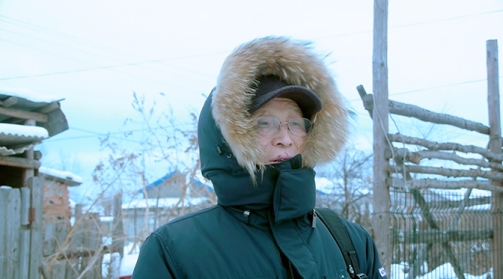 Having served years in prison as an unconverted long-term political prisoner, 80-year-old Park Jong-rin has been living in South Korea for over 60 years. He lives alone in Bupyeong, Incheon—a decrepit area set aside for urban development. Every day, he eats alone and takes a walk alone. When it becomes difficult to go outside, he does light exercises at home. His body aches all over—probably as a result of the harsh torture he endured in prison. When he’s in pain, his mind goes back to the family that he left behind in North Korea. On the days he feels particularly lonely, he writes to his deceased wife, explaining why he had to leave his newborn daughter, Ohkee, and go to South Korea. 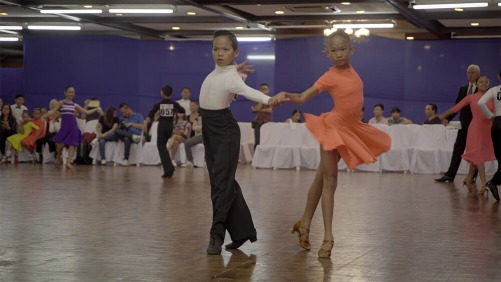 Dance sport has been big in Cebu since the year 2,000, and especially for kids from unprivileged families, becoming dance sport athletes means opening doors to their future. This documentary features kids training to win at world-class dance competitions, sharing tears and laughter while learning about survival, defeat and victory. 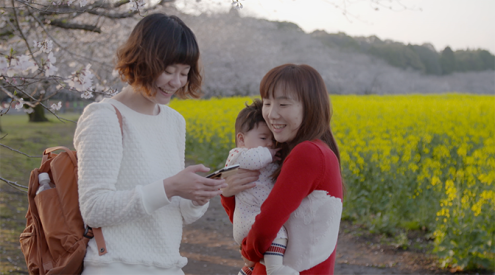 Portraits of the Rainbow by Ayumi Nakagawa – Japan | 2018 – 79 minutes
Section: Now in Asia

Photographer Leslie has been deeply troubled by the way LGBTQ people have suffered by persistent discrimination. Since Leslie had realized that he was gay, he wanted to change Japanese society to make people aware that there are many LGBTQ people, like him, around them. He offers photo shooting for 1,000 LGBTQ people in Japan. 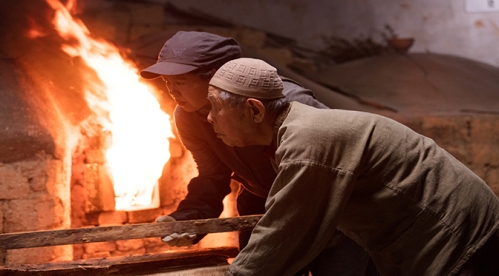 The Breathing of the Fire by Ko Hee-young – Korea | 2019 – 93 minutes
Section: Intangible Heritage in Docs

The documentary of a potter who struggled with fire for his entire life to make a singular piece of crockery and his daughter who developed her own power to inherit the fire from her father. The potter wishes to meet the misfortunate bowl “Maksabal,” which became a national treasure of Japan. On the other hand, his daughter wants the father’s fire. Would their desire be fulfilled? 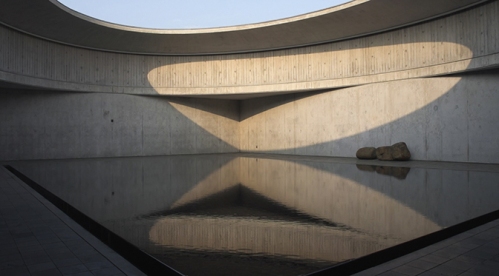 “Hello. I´m Itami Jun. I apologize for my poor Korean.” Itami Jun (Yoo Dongryong), a Korean architect who was born in Japan. This film follows his life through heartwarming architectures for people that he had tried for all his life. The architecture of time that exists for the people, space and the story of an architect who walked his own way between Korea and Japan, Shimizu and Jeju. 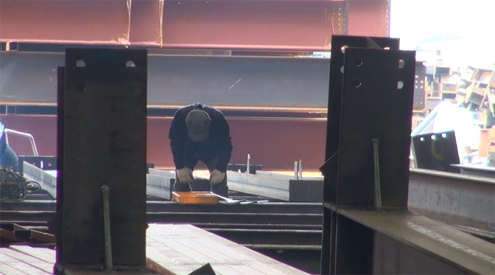 There is a worker who has devoted his life to construct buildings. He believed that everything would be OK if he works hard. His labor for a lifetime, and his mind of one time.