We present the winners for the Austin Asian American Film Festival which took place from June 13th – 16th in Austin, United States.

First-time director Kim Bo-ra explores the nuances of being a young woman growing up in the early ’90s of South Korea with HOUSE OF HUMMINGBIRD. Eun-hee (Park Ji-hoo) is struggling: her family ignores her brother’s abuse towards her, her romantic relationships are complicated and fleeting, and on top of it all she has a looming surgery that could have severe side effects. Amidst the tangled mess that is being a teenager, Eun-hee creates a connection with her new teacher, Young-ji (Kim Saebyuk), who attempts to bring some clarity to life’s hurdles. With most coming-of-age films, there’s some kind of hope woven throughout, but with her debut director Bo-ra rethinks the genre’s tropes and asks the audience: what if growing up doesn’t make the world a more beautiful place? A translucent and soft character study, HOUSE OF HUMMINGBIRD is and incredibly complex yet delicate debut. – Jenny Nulf (AAAFF’s website)

What the Jury said: “We’d like to give the narrative feature award to House of Hummingbird by Kim Bo-ra for its compelling young heroine, cinematic and honest voice, and original take on a young girl’s coming of age journey.”

Life has historically been difficulty for women, and for 14-year-old May living in the 19th century Vietnam, it is even moreso as she is married off to a wealthy landowner as the third wife. Inexperienced at her young age in the biology of her own body as she becomes pregnant, she is taken under the wings of the first two wives and befriends their daughters. Observing of the social dynamics of her new family, it becomes clear to May that her worth is tied to a single overriding priority: she must birth a male heir. As illicit relationships become more clear and their consequences become more tragic, May must choose between living true to her newfound self or risking her place in the only family she has. – Yuxi Lai (AAAFF’s Website)

What the Jury said: “We’d like to give a special mention to The Third Wife by Ash Mayfair for its beautiful and courageous storytelling, which is also based on the filmmaker’s own family story.” 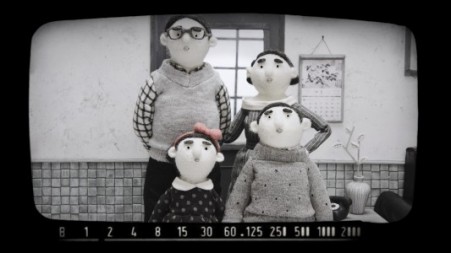 A man remembers his childhood memory of growing up with an annoying little sister in 1990s China. How would his life have been if things had gone differently?

After a violent incident goes viral, Korean high school bully Gong Ju is sent abroad to attend school in Canada, in hopes she changes her violent ways. Instead, she becomes a victim of bullying, but is determined to sit back on her rightful throne. (AAAFF’s Website)

What the Jury said: “We’d like to recognize one film with a special mention for its quick, edgy and innovative storytelling that shows that no matter whether you speak English or Korean, “mean girls” all speak a universal language of mean – our special mention goes to Gong Ju by Jerome Yoo.” 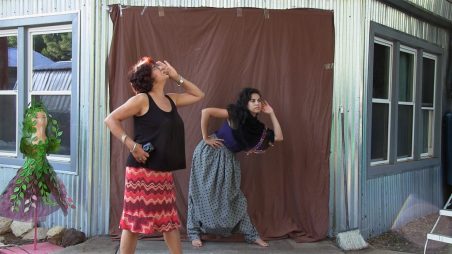 Filmmaker Nadia Shihab explores diasporic longing and the meaning of home within her own Iraqi family. By visiting her hometown of Lubbock, Texas, she playfully observes the city’s quirks before recalling her own experiences of it. The film pulls focus when Shihab questions how her own experiences and environment connect with her family’s homeland of Iraq. The filmmaker meditates on cross-cultural effects by affectionately portraying the isolated life of her artist mother, her grandfather’s yearning to return to Iraq, and the discovery of her complex identity. What may be oversimplified as assimilation, JADDOLAND presents as a quietly profound and complex perspective on the concept of home for immigrant generations. – Ray Loyd (AAAFF’s Website)

What the Jury said: “We’d like to give the Jury Prize to an intimate, experimental, and beautifully playful film featuring a young artist who navigates her immigrant family’s culture while also exploring universal themes of identity, loss, and what ‘home’ really means.”

The reasons for transnational adoption of Korean children have been numerous and heartbreaking: the Korean War left many Korean children orphaned, some of whom were adopted by American soldiers. Soldiers were also fathering children, including under sordid or violent circumstances. Many were abandoned. After the war, the South Korean government promoted national identity as one of racial purity, explicitly supporting the exclusion of mixed-race children who were visible reminders of American dominance and occupation. Illegitimate offspring were not entered into the family registry, so they had no rights of citizenship. The journey that each adoptee travels is different, but all of their stories echo certain themes. In GEOGRAPHIES OF KINSHIP, award-winning documentarian Deann Borshay Liem enables the viewer to comprehend and feel the primal connection with a family and culture that each may have never encountered by introducing us to four adoptees. As they tell their individual stories, not only is longing apparent, but also hope and resolution—an apology from a South Korean president, ongoing work to prioritize family preservation over adoption, increasing support for single mothers, and legislation allowing for Korean dual citizenship. – Herb Ling (AAAFF’s Website)

What the Jury said: “We’d like to give an honorable mention to a film for its credible research and a true labor of love that captures the emotional journey of adult adoptees while also spotlighting complex historical aspects of international adoption.”

Jia, the woman who brought me up, has passed away. My neighborhood is due to be demolished. I hold on to my camera to try to stop time in its tracks, finding comfort in my fondest memories. (AAAFF’s Website)

What the Jury said: “We’d like to give the Jury Prize to a short film made by an up-and-coming female talent for her singular artistic form through stylized animation and delicate storytelling, all beautifully woven together as an ode to her grandmother.” 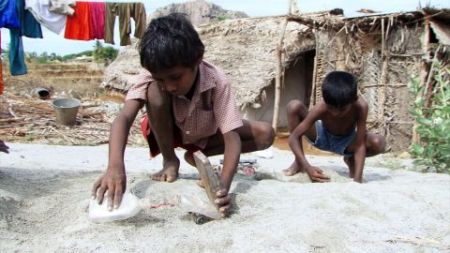 A short documentary that sheds light on the life of child workers at a stone quarry village in India. (AAAFF’s Website)

What the Jury said: “We’d like to give an honorable mention to a short film for its social relevance and raw depiction of child labor that displays a perceptive portrayal of the struggles faced by a family in a small quarry mining village in India.”

Undercover policewoman Soni (Geetika Vidya Ohlyan) walks the streets of New Delhi at night, carrying out sting operations to catch men who would prey on local women. Stressed out by her duties and an unsettled home life—her ex Naveen (Vikas Shukla) keeps showing up uninvited at her apartment, insisting she needs a man in her life—Soni loses her temper and retaliates physically against her arrestees. Her supervisor Kalpana (Saloni Batra) is sympathetic to Soni’s situation, perhaps in part because of her own domestic pressures: she’s married to a fellow officer (Mohit Chauhan) who she hardly ever sees thanks to their busy work schedules, and her mother-in-law (Mohinder Gujral) won’t stop emphasizing her desire for grandchildren. Kalpana and Soni form a bond that deepens even after the latter is demoted to another department—a bond that meets the challenges of sexism and prejudice by similarly transcending class boundaries, as well as the thin line separating the personal and the professional. Ivan Ayr’s expertly performed, visually sumptuous film marries incisive social critique to the police procedural, producing one of the most acclaimed debuts in recent Indian cinema. – Josh Martin (AAAFF’s Website)

Against the backdrop of the Vietnam war, the town of Seadrift, TX find themselves the new home of Vietnamese refugees seeking shelter from their war-torn homeland. Seadrift being a small commercial fishing community along the Gulf Coast, the Vietnamese are soon employed in the business, unfortunately clashing with the long established residents. Tensions mount as both sides jostle for territorial rights on the water and people begin to arm themselves in response to the escalating seriousness of harassments. The built-up anger all comes to a head in August 1979 when 20-year-old Sau Van Nguyen shoots and kills 35-year-old Billy Joe Aplin, setting off a chain of events that toss the relatively unknown town into the national spotlight. As hostilities against the Vietnamese grow to the point of attracting the attention of the KKK, the residents of Seadrift are left to find how to reconcile their way of life with the multitude of outside forces. – Yuxi Lai (AAAFF’s Website