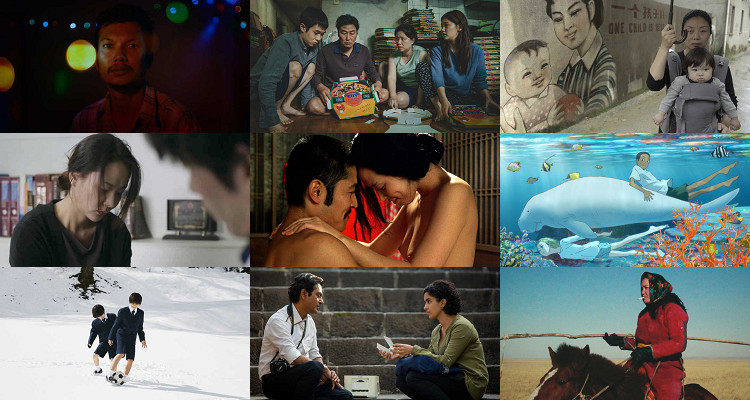 Nineteen Asian films will be screened during the 66th Sydney Film Festival which will take place from June 5th – 16th, in Sydney, Australia. Here we take a look at those titles.

The new feature by Brillante Mendoza (Lola, SFF 2009; Foster Child, SFF 2007) reaffirms his status as one of the most vital and important voices in contemporary Filipino cinema. With characteristic fearlessness, Mendoza takes us to the epicentre of the drug-related violence and extrajudicial executions that have ravaged his country since 2016. Espino is an apparently honest SWAT commander and family man. In reality he’s another crooked cop in a hopelessly broken system. Manila slum resident Alpha peddles meth to keep his family fed and acts as Espino’s snitch in order to avoid arrest – or worse. Mendoza’s stylishly executed thriller provides a memorable picture of a city in the grip of overwhelming fear. (SydneyFF 2019 Catalogue) 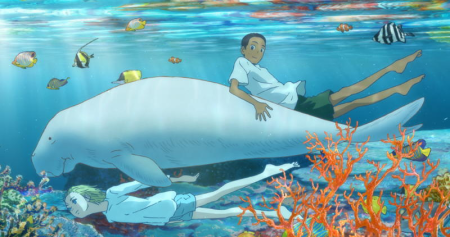 When Ruka is suspended from her school handball team, she decides to visit her father, who works at an aquarium. She soon meets and befriends Umi, a boy who seems at one with the ocean and has the ability to communicate with sea creatures. She also meets his older brother, the sickly and haughty Sora. Together they notice a song of the sea that’s luring all types of sea creatures away from their natural habitats. And Ruka discovers that her affinity with the sea is far greater than she imagined. Director Ayumu Watanabe (Doraemon the Movie: Nobita’s Dinosaur) has crafted a film of great beauty, depicting a magical seascape setting for this fantastic adventure. Selected for the Contrechamp Competition at the prestigious Annecy Festival. 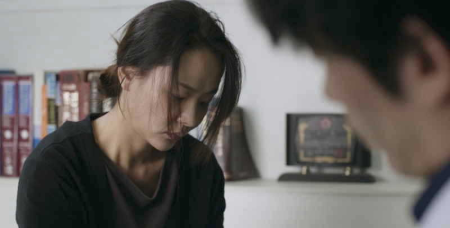 Kwon Man-ki’s impressive debut is refreshingly different from the high-tempo thrillers South Korean cinema is known for. Low-key visuals and minimal dialogue convey the tale of Jung-je (Yoon Ji-hye, superb), an emotionally-blank cleaner. Her new workmate is Min-gu, an unsettled ex-convict. Min-gu was just a boy when Jung-je and her husband blindfolded and kidnapped him. The question of whether Min-gu will recognise his captor is just one part of Kwon’s meticulously arranged screenplay. Jung-je is terrified of being exposed. She also has a desperate desire to reach out and help the troubled young man. What emerges is a suspenseful and emotionally rewarding portrait of damaged souls searching for hope. 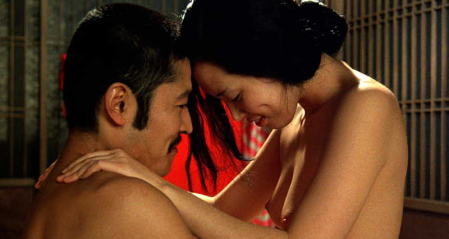 A servant and former geisha, Sada (Eiko Matsuda), becomes sexually obsessed with her married employer, a businessman called Kizochi (Tatsuya Fuji). He in turn becomes captivated with her, until their every waking hour is spent making love. However, as the relationship intensifies, their sexual acts become more and more dangerous and aggressive, cumulating in a shockingly fatal undertaking. Oshima’s (Merry Christmas Mr Lawrence) taboo-breaking film, notorious for its actual sex scenes, was screened at the 1977 Sydney Film Festival, but was subsequently cut by the censors and given an R-rating. Decades after its initial release Ai No Korîda (literally translated as ‘bullfight of love’) retains the power to provoke and offend. 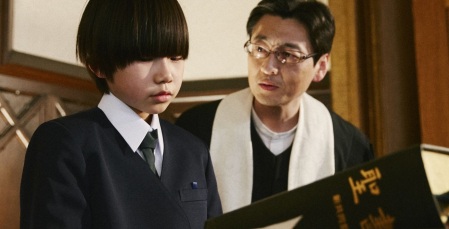 Nine-year-old Yura moves with his parents from Tokyo to a countryside town to join the boy’s grandmother. A shy boy, Yura must adapt to a new school, complicated by the fact that it’s a Christian institution. At first Yura struggles with the religious enthusiasm of his classmates but when, in the midst of prayer, a very small Jesus (played energetically by Australian comedian Chad Mullane) manifests himself, the boy quickly comes to the faith. Jesus becomes his entertaining playmate with the added advantage of making Yura’s every wish come true. Behind the gentle, humorous and playful veneer, the talented 23-year-old Okuyama (who made his first music video at age 13) makes a pointed commentary on faith and religion. 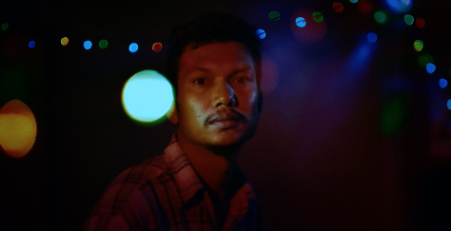 On the coast of Thailand, a site of great misfortune and cruelty for the Rohingya, a local fisherman finds an injured man and nurses him back to health. The stranger does not speak, but that doesn’t stop the fisherman from befriending him, naming him Thongchai and involving him in every element of his life. In one lovely scene, not easily forgotten, the two men dance in a makeshift disco. When the fisherman disappears, Thongchai gradually begins to take over his friend’s life: his house, his job and even his ex-wife. A striking and relevant meditation on identity, Manta Ray is a film of exquisite beauty that finds moments of transcendence amidst a time of brutality. Manta Ray won Best Director and Artistic Achievement awards at Cairo and Thessaloniki film festivals.

The seventh feature by Sixth Generation Chinese filmmaker Wang Quan’an marks a triumphant return to the Mongolian landscape so memorably featured in his Berlin Golden Bear winner Tuya’s Marriage(2006). At first Wang seems to be in crime noir territory. A body is found in the middle of nowhere and a virginal rookie cop is assigned to secure the scene. Entering the picture is a rifle-toting, camel-riding and thoroughly self-sufficient Herdswoman who takes the cop and the story off in delightfully unpredictable directions. Wang’s whimsical tale of love, life, death and modernity features staggeringly beautiful imagery and marvellous performances from a non-professional cast. 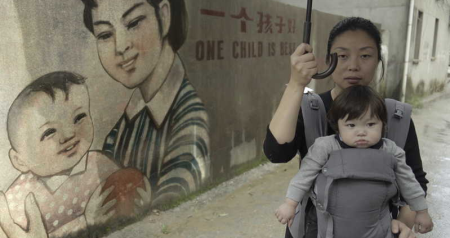 Launched in 1979 and ending only in 2015, China’s mandatory policy was an attempt to curb the country’s looming population crisis. Co-directors Nanfu Wang (Hooligan Sparrow, 2016) and Jialing Zhang grew up in 1980s China. As a child, Wang recalls seeing relentless propaganda reinforcing the government’s strategy. Now a first-time mother living in America, she returns to China to investigate the devastating impact of the program. In shocking interviews with journalists, officials and family members, she documents a horrendous trail of social destruction, from forced sterilisation to child abandonment (nearly all girls) and state-sponsored kidnappings. Wang and Zhang’s important and uncompromising documentary challenges widespread assumptions. 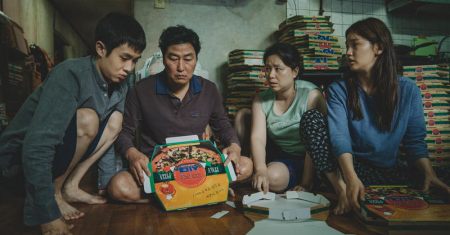 Bong regular Song Kang-ho (The Host, Snowpiercer) plays Ki-taek, whose family of four is close, but hopelessly unemployed. Without prospects, they hustle as best they can to scrape up the money to survive in their subterranean apartment. Hope comes in the form of an unusual offer. The son, Ki-woo, is recommended for a very well-paid tutoring job. Though Ki-woo lacks a university degree, it turns out his sister Ki-jung is a master forger and soon, bearing a fake degree, he is being interviewed at the luxurious home of the very wealthy Park family. Ki-woo gets the job as tutor, and quickly realises that the Park family could well prove to be the solution to his family’s money problems. With every frame beautifully composed, Parasite vividly contrasts the two families using humour, mystery and a creeping sense of tension. Bong once again skillfully fuses genre elements with social critique in a wildly entertaining, visually extraordinary and intoxicating manner. 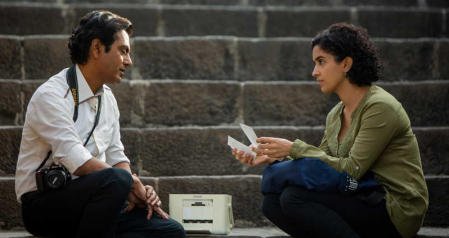 Nawazuddin Siddiqui (Manto, SFF 2018; The Gangs of Wasseypur, SFF 2012) plays a street photographer who plies his trade at the Gateway of India. An impending visit from his demanding grandmother means that Rafi must make good on his promise to settle down. He somehow convinces Miloni (Sanya Malhotra), a stranger he photographed on the street, to pretend to be his fiancée so as to satisfy his grandmother. The extremely shy Miloni, a promising accounting student, is from a different social milieu to Rafi and is herself being pressured into marriage by her parents. The deception leads to many funny incidents, but also genuine tenderness between Rafi and Miloni. In this frenetic, sometimes harsh city, a quiet and unlikely romance slowly takes shape.