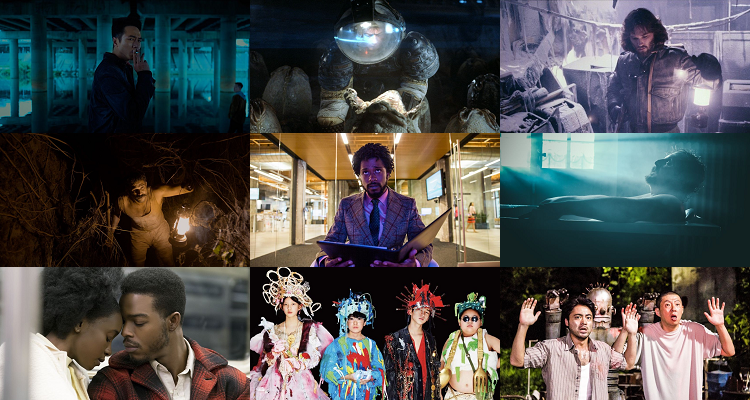 We present a list of twelve films you shouldn’t miss at the Golden Horse Fantastic Film Festival 2019 which will take place from April 12th – 21st in Taipei, Taiwan. 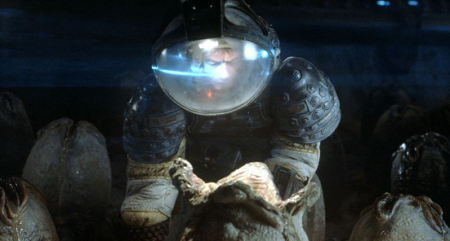 In the distant future, the spaceship Nostromo is on the way home when the crew picks up a distress call from a distant moon. Under obligation to investigate, the spaceship descends on the moon. After a rough landing, three members leave the spaceship to explore the area. As they discover a hive colony of some unknown creature, the ship’s computer deciphers the message to be a warning, not a distress call. When one of the eggs is disturbed, the crew realizes that they are not alone on the spaceship. (GHFFF 2019 Catalogue) 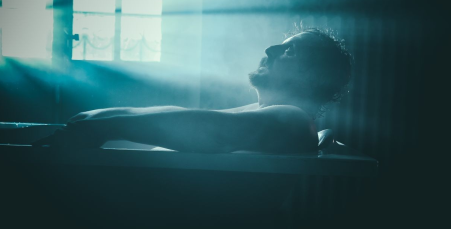 30-year-old factory worker Simon lives a solitary existence on a decrepit farm in the remote French countryside. Devoting his time to caring for his sister Estelle, who was left severely disabled when a childhood game went horribly wrong, Simon is plagued by guilt and depression. But he sees a way out, looking to otherworldly forces as a means of liberating both himself and his sister from the corporeal prisons in which they are confined.

A spaceship transporting Earth’s population to their new home-planet Mars collides with an asteroid and is knocked off its course. Aniara’s passengers slowly realize that they’ll never be
able to return; they will continue onwards through an empty and cold universe forever. Based on a novel by the Swedish Nobel Prize-winner Harry Martinsson.

Adaptation of the outlaw manga with story by Marley Caribu and artwork by Takashi Imashiro. Ukon is a pure-hearted social misfit who spends his days helping a weird activist search for hidden treasure. The only friend in life is his co-worker Ushiyama. Ukon’s younger brother Sakon is an elite trading company employee and worries about these two donothing guys, but unexpected events unfold as a mysterious robot appears…

This three-part story follows the lives of three men. Idol Enka singer Hiroshi is followed by enthusiastic mature fan, yet he can’t help but feeling void. Takeru practices cultic worship, believing it will cure his beloved girlfriend. Tetsuo has been chased by yakuza and swears to revenge those who sent him into jail. Their paths become intertwined, drawing them toward a showdown. 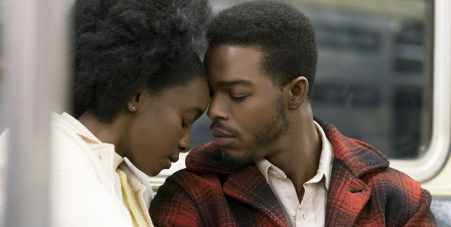 A timeless and moving love story set in early-1970s Harlem of both a couple’s unbreakable bond and the African-American family’s empowering embrace, as told through the eyes of 19-year-old Tish Rivers. A daughter and wife-to-be, Tish vividly recalls the passion, respect and trust that have connected her and her artist fiancé Alonzo Hunt. Friends since childhood, the devoted couple dream of a future together but their plans are derailed when Alonzo is arrested for a crime he did not commit. 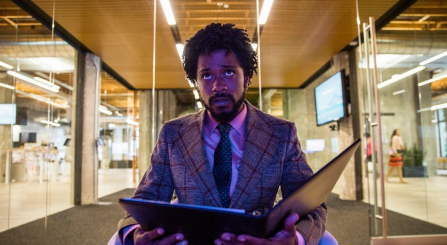 Cassius Green gets a telemarketing job and finds the job a dispiriting struggle as a black man selling to predominately white people over the phone. That changes when a veteran advises him to use his “white voice” to make himself more appealing to customers. With a bizarrely highpitched accent, Cassius becomes a success; nevertheless, Cassius finds himself promoted as a “Power Caller” selling the most morally abhorrent but lucrative products while his connection to his girlfriend and colleagues fades away. 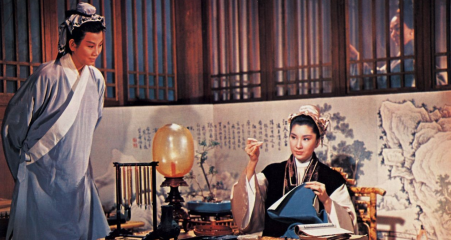 The Love Eterne is a musical film of the Huangmei opera genre is based on the Chinese classic story The Butterfly Lovers, which is sometimes referred to as the Romeo and Juliet of the Far East. A young girl, Zhu Ying-tai, managed to convince her parents to send her to college on the condition that she went in the guise of a man. Along her journey to the college, she met a young man Liang Shan-bo and they became sworn “brothers” and studied for three years together…

An American scientific expedition to the frozen wastes of the Antarctic is interrupted by a group of seemingly mad Norwegians pursuing a dog. The helicopter pursuing the dog explodes, eventually leaving no explanation for the chase. During the night, the dog mutates and attacks other dogs and members of the team that investigate. The team soon realizes that an alien life form with the ability to take over other bodies is on the loose and they don’t know who may already have been taken over.

India, 19th century: on the outskirts of a decrepit village called Tumbbad lives Vinayak, the stubborn, conniving bastard son of the village lord, obsessed with a mythical ancestral treasure. He suspects the secret lies with his great-grandmother, a cursed witch sleeping for centuries. Confronting her finally puts him face to face with the guardian of the treasure, an evil fallen god. Vinayak’s greed keeps escalating till he unearths the biggest secret of all, something more valuable than the treasure itself!

One sunny day, four young teens who have lost their parents meet by chance at a crematorium. Hikari’s were in a car crash whilst on holiday. Ikuko’s were murdered by a deranged stalker. Ishi’s were in a gas explosion. Takemura’s committed a suicide to escape the hell of debt. None of the teens could shed a tear. They were like zombies, devoid of all emotion. They dress themselves in scraps from a garbage dump, turn their favorite items from their empty homes into musical instruments, and decide to form a kick-ass band.