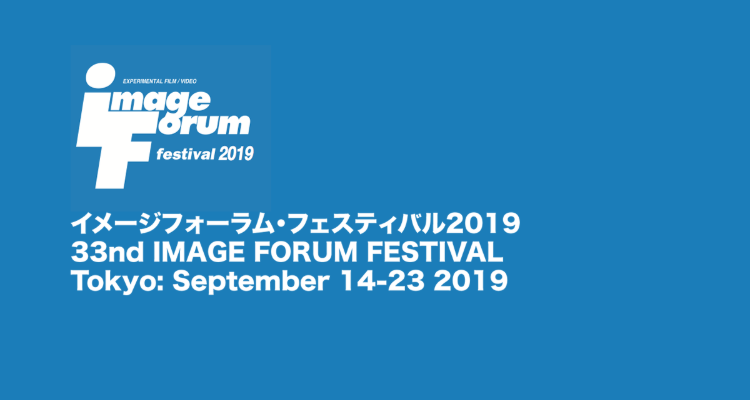 The Image Forum Festival is accepting experimental films until April 1st, 2019. Here you can find more information about their call.

“The Image Forum Festival,” the largest festival of moving image art in Japan, is accepting submissions of original moving image works. There are no restrictions whatsoever on genre (art films, documentaries, animated works, dramas, and so on), techniques used, or length. We are looking for works that go beyond existing concepts to expand the horizon of visual expression.

The Image Forum Festival is a festival of moving image art that brings together for screening works with a high degree of expression, artistry, and creativity. A successor to “New Works of Underground Cinema” (1973-1975) and “Experimental Film Festival” (1981-1985), this festival, which expanded to include more international content and an open competition section, began in 1987 and is being held for the 33rd time this year.

The festival’s open competition section has come to be known as a gateway to success for groundbreaking young filmmakers in Japan, and in previous years has featured works by filmmakers and artists who have gone on to international success such as YAMAMURA Koji, KAWASE Naomi, IGUCHI Noboru, ISHIDA Takashi, and WADA Atsushi. Last year we have expanded this section (formerly known as the “Japan Tomorrow” section) that had been restricted to Japanese works and relaunched it as the “East Asian Experimental Competition.”

General Rules:
– Films must have been made after January 1st, 2018.
– There are no constraints on content or duration.
– Creators do not have to meet any qualifications, but the festival is limited to filmmakers who were born or currently reside in the following countries: Japan, China (Hong Kong, Macau), Taiwan, South Korea.
– As a basic rule, please provide Japanese or English subtitles if your work includes a language other than Japanese or English.
– Works that have already been commercially screened, broadcast, sold or distributed on the Internet are ineligible for selection.
– There is no limit to the number of times a single individual can apply.
– Festival gives Cash Awards.
– Submission Fee: 1000 Yens | $ 9 USD
– Deadlines: April 1st, 2019.

We recommend filmmakers to read the full Rules and Regulations here: http://www.imageforumfestival.com/bosyu2019/en.html

We remind readers that the 33rd Image Forum Festival will take place from September 14th – 23rd (in Tokyo) and November 8th – 10th (in Nagoya).