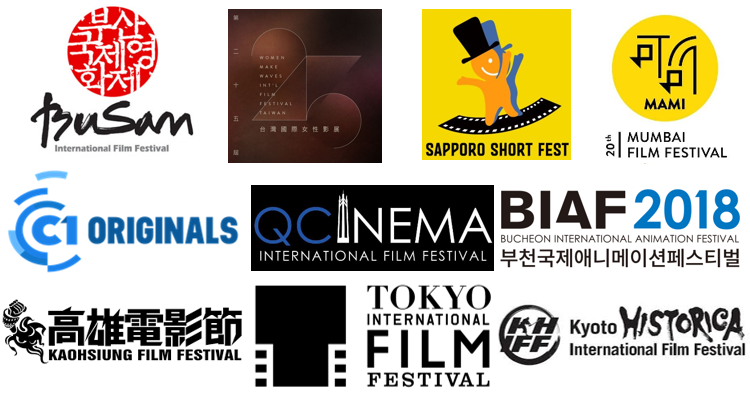 We present a list of ten festivals you cannot miss.

We start this month at Busan with one of the most important film festivals in the world. Of course we are talking about the Busan International Film Festival (BIFF). The objective of the festival is to introduce new films and first-time directors, especially those from Asia, to the world. In the last years the festival had political issues that almost ended their activities, but thankfully the Cinema Industry from across the world come up to show their support towards the festival. With the reinstatement of Lee Yong-kwan as the executive director and Jay Jeon as the festival director the BIFF looks revitalized and ready to make another great edition. This year the festival will show over 300 movies across 79 countries. The opening film will be Beautiful Days directred by Jéro Yun (Korea/France) and the closing film will be Master Z: The IP Man Legacy by Yuen Woo-ping (Hong Kong/China).

At the same time but in Taiwan we have the 25th Women Make Waves International Film Festival. Founded in 1993, the festival has emerged as one of the major festivals in Taiwan, and has and has established itself as the biggest one dedicated to the promotion of female talents. The festival seeks to promote great cinematic art by female directors, and to advocate gender equality through films with a feminist consciousness from a variety of subjects. The opening film for this year will be Vagabond by Agnes Varda (France | 1985) and the closing movie will be Tranny Fag by Claudia Priscilla and Kiko Goifman (Brazil | 2018).

Some days later we fly to Japan for the Sapporo International Short Film Festival. This festival offers one of the best opportunities available for filmmakers looking to expose their creative works to large audiences and to submit for appraisal by high profile international jury members in the heart of the burgeoning Asian transnational film scene. Since its inception in 2006, the festival has received more than 35,000 entries from 141 countries and boasts an average annual festival audience of more than 10,000 film enthusiasts.

Almost at the same time but in Philippines you will find the Cinema One Originals, an independent festival held in Quezon City (Metro Manila). Its objective is to showcase the diverse talent and voices of Filipino film makers. The C1 Originals is producers by the television cable network Cinema One, owned by ABS-CBN Corporation. This year the festival will showcase 9 films and 12 short films.

Some weeks later we go back to South Korea for the Bucheon International Animation Festival (BIAF). Launched in 1999 the BIAF quickly become one of the most important animation festivals in the region. The festival objective is to spread the true charm of animation genre and to grow as an expert animation film festival in Asia. This year the Honorary Ambassador will be Shin Eun Soo, TV & Cinema actress. The opening film will be Another Day of Life by Damian Nenow and Raúl de la Fuente (Poland, Spain| 2018).

On the same day the Kaohsiung Film Festival will start their activities. Each year the festival provides a showcase for thousands of original and creative works by visionary filmmakers from around the world. This year the opening films will be The Scoundrels by Tzu-Hsuan Hung (Taiwan | 2018) and The Man from the Sea by Koji Fukada (Japan | 2018). On the other hand the closing film will be A Family Tour by Liang Ying (Taiwan | 2018).

On the 21st we have the opening of the QCinema International Film Festival. This annual event is designed to serve as the lens through which the general public will get to appreciate the active role of Quezon City in Philippine filmmaking from its pioneering years in the 50’s down to the present and on to the future. It features a broad spectrum of local and international films of all genres, through its various sections, both competition and non-competition.

Also on the 25th but in Japan we have the 31st Tokyo International Film Festival (TIFF), one of our favorite festivals. The TIFF is the only Japanese film festival accredited by the FIAPF. Their activities started in 1985 and since then it has grown to become one of the biggest ﬁlm festivals in Asia. The festival seeks out excellent ﬁlms from around the world and brings them to Tokyo, where ﬁlmmakers and ﬁlm fans can enjoy them, meet emerging ﬁlmmakers, and be inspired. This year the opening film will be A Star Is Born by Bradley Cooper (USA | 2018) and the closing film will be GODZILLA: The Planet Eater by Kobun Shizuno (Japan | 2018).

Last but not least we have the Kyoto Historica International Film Festival. With a cosplay contest, talk session with voice actors and actresses, jidaigeki filmmaking workshop in English, film pitching contest as well as a film screening, the festivals breaks the mold of traditional film festivals. The festival consists of “Historica Screenings” which offers screenings of some of the latest period films from around the world, “Kyoto Filmmakers’ Lab” which gives young filmmakers from both Japan and abroad the opportunity to experience Jidaigeki filmmaking while working alongside professionals at actual studios in Kyoto and “Kyoto Film Pitching,” a film pitching contest where both amateur and professional filmmakers pitch film ideas for projects in Kyoto, “Kyoto Bakumatsu Festival” which is popular with consumers and cosplayers (costume fanatics) alike.