The Japanese documentarian Hara Kazuo is famous for exploring taboo subjects and raising ethical questions about representation and responsibility. His latest documentary who got into many film festivals, Senna Asbestos Disaster (2017) chronicles the protracted struggle of the asbestos workers in getting the Japanese government to admit to ignoring the deadly consequences of the country’s asbestos factories, in favor of economic resurgence after the Second World War. 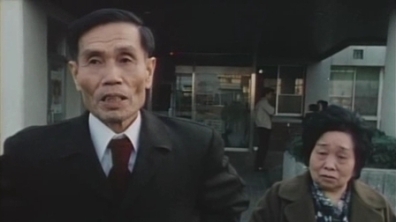 His most celebrated masterpiece, The Emperor’s Naked Army Marches On (1987), traces the efforts of Okuzaki Kenzo in exposing war crimes, including murder and cannibalism, committed by Japanese soldiers during World War II. This provocative film confronts the issue of war responsibility unspoken in Japanese society. Despite strong denunciation within the country, he was awarded the New Director Prize from the Directors Guild of Japan, and prizes at the Berlinale and other festivals.

Extreme Private Eros: Love Song 1974 (1974), one of his most controversial works, challenges issues of intimate family relationships, privacy, gender roles and sexuality. Zooming in on the activities of his ex-lover, an avant-garde feminist in painful revelations, with a sequence of her giving birth in front of the camera, the film startled audiences when first shown in Japan and was then banned by the censors.

Hailed as “the genius of Philippine cinema,” Ishmael BERNAL was a powerful force of the country’s New Wave during the sixties and seventies, and together with Lino Brocka and Mike de Leon, generally regarded as one of the three masters of modern Filipino cinema.

His most distinguished work, Miracle (Himala) (1982), is a powerful depiction of the religious-political sensibilities of the Filipinos, through the story of a woman who is presumed to possess miraculous healing powers.

At the Top (Pagdating sa Dulo) (1971), his debut feature, impressed audiences and critics alike, winning Best Film of the Decade in the country’s prestigious Gawad Urian Awards. The striking narrative of a stripper and a taxi driver, who surge to stardom and eventually fall from the top with their obsession with success, is a piercing gaze at the vanity of fame and fortune. Bernal’s wit matches Rohmerian agility in You are Mine (Ikaw ay Akin) (1978). Torn between his old and new love, a man’s simplistic view on the morals and ethics of love is brilliantly examined.

More details of the films will be available later at http://www.hkiff.org.hk. We remind readers that the 42th HKIFF will take place from March 19th until April 5th (2018) in the beautiful city of Hong Kong. Full Programm will be available on February 28th and tickets will be sold from March 2nd, 2018.

To see other articles about the HKIFF please go HERE