We present a list of sixteen documentaries you cannot miss at the Taiwan International Ethnographic Film Festival 2017 that will take place from October 6th – 10th in Taipei, Taiwan. 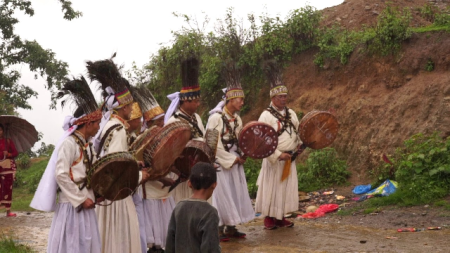 This film depicts the Gonya festival among the Tamang ethnic group in the Kathmandu valley of Nepal. The celebration for Gonya revolves around the performance of the bonbo, an equivalent for the more universal term “shaman” in Tamang culture. The film consists of three parts: The first part shows how the Gonya is incorporated within the overarching tradition of Janai Purnima, a Hindu religious festival, and the way it is celebrated locally in a unique collaboration involving shamans. The second part shows how shamanistic beliefs are experienced and maintained communally by focusing on a young shaman and his family holding a small ritual in a village during the Gonya. The third part follows a group of shamans led by one master shaman on the Gonya day, and demonstrates how they create a “collective effervescence” in this religious festival.

Laundry Lives takes us into the usually invisible everyday worlds of five middle class Indonesians: Lia, Dyna, Ning, Adi and Nur. As Indonesia’s economy and market grow, there are hidden implications for the domestic lives of the country’s rapidly expanding professional middle classes and for environmental sustainability. Laundry Lives captures this moment of change, showing the shifting gender relations, new…

Set in the high plateau of eastern Tibet, Drokpa is an intimate portrait of the lives and struggles of Tibetan nomads whose life is on the cusp of irreversible change. Richly observed daily lives and family relationships, especially those of Tamku, a teenage single mother, Dhongya, a senior nomad, and Yithan, a mother of two boys, are at once deeply personal and illustrative of universal issues of gender, freedom, adaptation to a changing climate, and the resilience of the human spirit.

My father, Du-Ya, left the Amis tribe and went to Taipei City as a construction worker when he was an adolescent. He later returned to his hometown after he got married, and adopted fishing as his career in Shih-Ti Habor, Hualien. Fishing was his way of making a living. However, he still needed to leave home occasionally to seek labor jobs in the city to support the family financially. 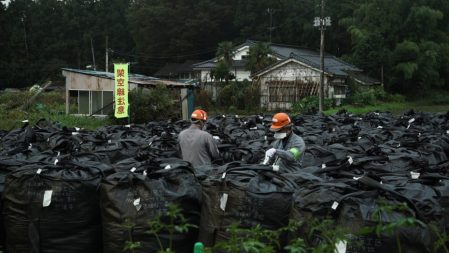 In the evacuated zone around the nuclear plant of Fukushima, five years after the “catastrophe,” a few rare individuals still live on this land burning with radiation. The seemingly irrational yet peaceful existence of these diehards reminds us that, as a last resort, a patch of land is our strongest bond to the world.

For the first time in history, survivors Jenerasi, Mauda, and Grace provide evidence of a story that has become a legend in Ugandan culture: women who broke the taboo of premarital sex were abandoned on a deserted island to die. 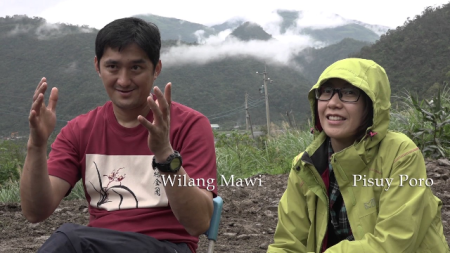 Born in 1981, a Nanao Atayal from Yilan, Wu Ta Elementary School teacher Wilang hunted with elders in the mountains and learned rattan weaving techniques since he was a boy. He has an old soul that is passionate about Atayal culture. In 2014, Wilang embarked on the “Finding our Roots Project” at Wu Ta Elementary School. He took school children to the old Wu Ta Village, trying to find the place where their ancestors used to live. However, the houses in the old village had been reduced to fragments of slate. Wilang’s search for the original design of Atayal houses launched his quest to reimagine Atayal houses.

The first documentary about hospice care in China. Hospice care is usually called palliative care because of cultural taboos in China. In the hospice care center of Lukang, Hangzhou, there are more than 60 patients, but over 20 patients will be gone in a year’s time. Most of them cannot be cured. Their family members sent them here to ease their pains and let them go with comfort and dignity. 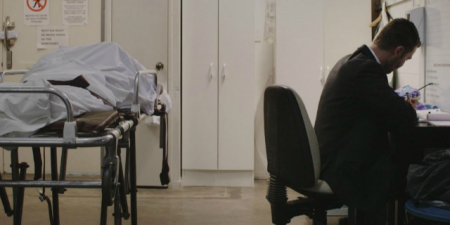 An enthralling look inside the hidden world of a New Zealand funeral home, After Life explores a unique, enigmatic institution, following the men and women who work with the dead and the delicate ritual of the body’s preparation for its final journey. A compelling glimpse into a rarely seen world, After Life reveals a place rich in meaning and humanity – a place where the daily work deals with our deepest fear.

In the very waters where Melville’s Pequod gave chase to Moby Dick, Leviathan captures the collaborative clash of man, nature, and machine. Shot on a dozen cameras — tossed and tethered, passed from fisherman to filmmaker — it is a cosmic portrait of one of mankind’s oldest endeavors.

Coal India is a cinematic essay on physical labour and its cyclical movements. It portrays people who work under pre-industrial conditions in the coalfields near Dhanbad, India. The film shows heavy physical labour that is increasingly invisible in our technologized 21st century.

Perma gold mine, Benin. Some dream to find something, others realized there was nothing to be found. Some dig relentlessly hoping to become rich, others died in the process. And a few of them say that here, nobody dies. 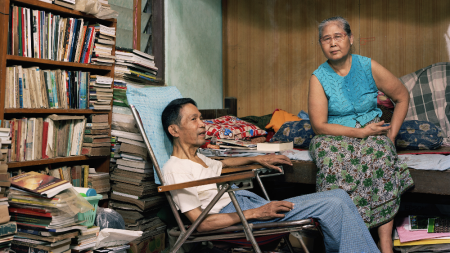 Poetry is immensely popular in Burma/Myanmar, a country emerging from years of dictatorship and isolation. In the past, poetry was a way to endure and resist tyranny. Today, there are more online poets than bloggers. The stories and poems in Burma Storybook circle around Maung Aung Pwint, the country’s most famous dissident poet alive today, as he waits for his…

In the day he is a delivery driver for a factory, but on dates that ends with 3, 6, or 9, he exchanges his dirty work clothes for a mottled apron with a delicate yellow dragon. The apron is like a mission that carries on the last wishes of his late father. Taking over the mantle of his father, he becomes a psychic. He must encounter all kinds of issues, which include joy, sadness, sickness, and even death. Moreover, he faces the dilemmas and helplessness of other people. We want to know how he can find a way of life for those believers, and how he can strike a balance between being himself and a psychic.

Path of Destiny is a documentary about a group of Sikawasay from the Amis tribe of Hualien, Taiwan, known as the people who possess gods. This fate calls upon them to maintain traditional rituals to serve the tribe, living by way of interaction with the gods. We followed Panay Mulu, who has been with them for more than 20 years, to try to record the traditional rituals that are about to disappear, and also capture stories of their unique life. In the end, Panay Mulu felt that the gods had also guided her to face her own “path of destiny.”

We, the hijras, are born neither man nor woman. We are born somewhere in the middle. Our name was mentioned in Sanskrit texts, more than a thousand years ago. It evoked beauty, bravery, and straightforwardness. I try to act as a good guru towards my daughters, I want to teach them how to live properly. It’s not enough to only seek happiness, one must learn to be respected.