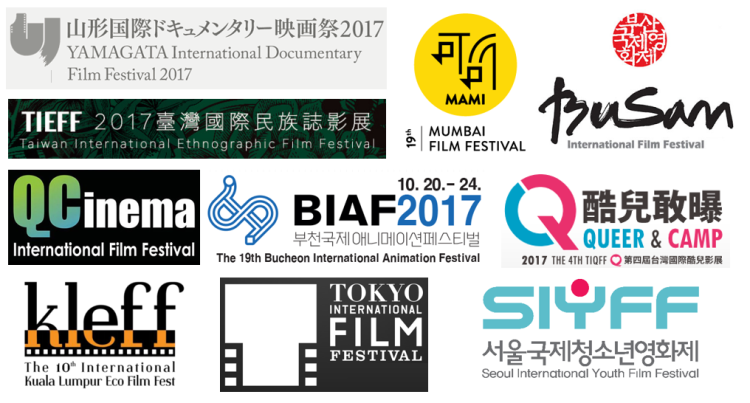 We present a list of ten Asian Film Festivals you cannot miss this October 2017.

We start the month in Yamagata (Japan) where we will attend the 15th Yamagata International Documentary Film Festival (YIDFF), one of Asia’s first international documentary events. The biennial usually takes place on October and it focus on showcasing the best documentaries from the region as well as promoting new filmmakers. This year the festival will commemorate the passing of Matsumoto Toshio (filmmaker, critic, and researcher) who was often featured at the YIDFF. On October 5th the festival will start with the screening of “Nishjin” (1961), “Ginrin/Bicycle in Dreams” (1955) and “For My Crushed Right Eye” (1968) all directed by Toshio. The closing film on October 11th will be “The Power of Expression: The Minamata Producer Speaks” by Inoue Minoru, Kataoka Nozomi (Japan | 2016).

Almost at the same time but in Taipei the Taiwan International Ethnographic Film Festival 2017 will start their activities. This event is the oldest festival of its kind in Asia and this year it will present forty two films from twenty countries. On October 6th the opening films will be “Encounter in the End of the Forest” by Etan Pavalung (Taiwan) and “Swetgrass” by Ilisa Barbash and Lucien Casteing-Taylor (US). The festival will close with the screening of “Guru, a Hijra Family” by Axelle Le Dauphin and Laurie Colson (Belgium) and “Path of Destiny” by Yang Chun-Kai (Taiwan). 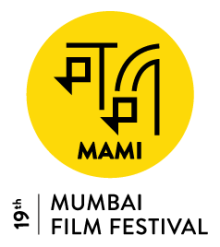 Another festival that will start on October 12th is the 22nd Busan International Film Festival 2017, probably the most important in South Korea and in the region. Not only the festival offers cinephiles the possibility of watching multi awarded films but it also focus on introducing new films and first-time directors to the industry in a way no other festival does. The Asian Project Market (APM), started in 1999, give funds to new Asian directors to make their productions come alive. This year the festival will remember the late Program Director of the Busan International Film Festival, Kim Ji-seok whose love and passion for the Asian Cinema will remain a valuable inheritance to the festival for years to come. This year the Opening Film will be “Glass Garden” by Shin Suwon (South Korea) and the Closing Film will be “Love Education” by Sylvia Chang (China/Taiwan).

We later travel to the Philippines for the 5th QCinema International Film Festival 2017 a festival in the heart of Metro Manila that aims to showcase both national and international films. Some of the international films presented for this year are “The Killing of a Sacred Deer” by Yorgos Lanthimos (UK/Ireland), “The Square” by Ruben Östlund (Sweden) and the digitally remastered version of “All About My Mother” by Pedro Almodóvar (Spain).

Some days later our first animation festivals starts in South Korea. The 19th Bucheon International Animation Festival 2017 aims to spread the true charm of animation genre and to grow as an expert animation film festival in Asia. The festival also host the Asian Animation Forum, an event that intends to rediscover the value of Asian animation and establishes a global network to promote further cooperation. This year the opening film will be “The Big Bad Fox and Others Tales” by Benjamin Renner and Patrick Imbert (France).

Next in the list we have the 4th Taiwan International Queer Film Festival 2017. The festival aims to create awareness of the LGBTQ situation in Taiwan gathering different LGBTQ groups to establish a friendly bond with the government, its people and the rest of the world. This year the Opening Film will be “Rebels On Pointe” by Bobbi Jo Hart (Canada) and the Closing Film will be “Fathers” by Palatpol Mingpornpichit (Thailand).

After that we have the 10th International Kuala Lumpur Eco Film Festival 2017, Malaysia’s first environmental festival. The KLEFF also aims to promote sustainable products, green consumerism encourage people to participate in environmental activities during the festival. This year the Opening Film will be “Still leaking” by William Kok (Malaysia) and the Closing Film will be “Value of Life” by Natasha Despotovic and Alexandra Tabar (Dominican Republic). 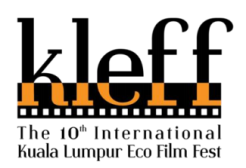 Almost at the end of the month we have the 30th Tokyo International Film Festival 2017, the only Japanese festival accredited by the FIAPF and one of the Big Three in the region (together with the Busan International Film Festival and the Hong Kong International Film Festival). Started in 1985 the TIFF has become one of the biggest events in the region. The TIFF showcase the very best productions from around the world and brings directors so fans and emerging filmmakers can get inspired. The TIFF also organizes various cultural activities like seminars, Q&As, Master Classes, so filmgoers can enjoy during festival. The TIFFCOM (Film Market) organized by the festival also stands out hosting over 350 exhibitors and become the most active film/TV/anime/music market in Asia. This year the Opening Film will be “Fullmetal Alchemist” by Fumihijo Sori (Japan) and the Closing Film will be “An Inconvenient Sequel: Truth to Power” by Bonnie Cohen and Jon Shenk (USA).

Finally we end the month in Seoul for the 19th Seoul International Youth Film Festival 2017, a festival that strives to increase the understandings for children and youth culture via films. The SIYFF focuses on opening windows for creative youth with unique perspectives to explore their own style.

We remind readers that 31 festivals will start on October. To see the complete list please visit THIS LINK.