Room No. 7 will open the Bucheon International Fantastic Film Festival 2017 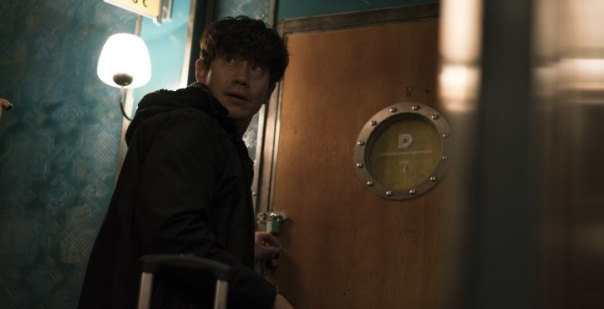 Room No. 7 by Lee Yong-seung will open activities for the 21st Bucheon International Fantastic Film Festival (BIFAN), which will take place from July 13th – 23rd, 2017 in Bucheon, South Korea.

Doosik (SHIN Hakyun) runs a small DVD viewing shop at a once-prosperous shopping center that is now run-down. However, the sales are not too great, so he lets his part-timer take care of his shop and barely makes a living by providing a chauffeur service. Sometimes he doesn’t make enough to pay the part timer, Taejung (DO Kyungsoo). Doosik wants to sell the DVD viewing shop as soon as possible, even if that means he doesn’t get much in return. Taejung, while getting involved in many different things trying to repay his student loan, hides a ‘secret’ in room number 7 of the shop. Doosik hires a new part timer, Hanwook (KIM Dongyoung), an ethnic Korean from China. Because of his diligence and friendliness, the shop begins to bustle with customers, and a person who wants to buy the shop appears, so everything seems to be going well. However, due to an unexpected turn of events, Doosik ends up hiding something in room number 7 as well. As the movie progresses, a fierce struggle between a declining entrepreneur and a struggling young man surrounding room number 7 will begin to unravel.

Room Number 7 is the second film of director LEE Yongseung. His film dealing with unstable employment among the younger generation, 10 minutes(2013), received an award from the New Currents section at the Busan International Film Festival, as well as from the Best New Talent section at the Taipei Film Festival. It was also featured in the Berlin Film Festival Forum section. This movie is a dark comedy that depicts the struggles and survival of the weaklings in the era of neo-liberalism with action and thrills. As can be seen from the 616 investors who invested in the film via crowdfunding, audiences have high expectations for this film.

About the Director:
Born in 1980, LEE Yong-seung graduated from Chung-ang University and Dankook graduate school. He has directed short films such as Vasco’s World(2009), and has received an award for Best Film in A City of Sadness for his major work, Richard, the Elite University Student from London(2010) at the 2010 MSFF. 10 minutes(2013), the film that covers the employment instability of the young generation, is the first feature film project of Dankook University. It was introduced in the New Currents section of 2013 BIFF, and won the KNN Award and the FIPRESCI Award. Room No.7(2017) is the director’s second feature film.