We present a list of 15 Films you cannot miss at the 29th Tokyo International Film Festival that is taking place from October 25th – November 3rd in Tokyo, Japan 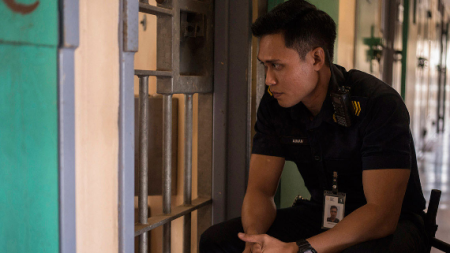 Aiman is a 28-year-old Malay correctional officer who is recently transferred to the territory’s top prison. At his new workplace, Aiman begins to take an interest in a 65-year-old sergeant named Rahim. Soon, it is revealed that the charismatic Rahim is actually the long-serving chief executioner of the prison. Rahim also takes notice of the principled and diligent Aiman. When Rahim’s assistant suddenly quits, he asks Aiman to become his apprentice. But in fact, Aiman’s father was executed by Rahim. Can Aiman overcome his conscience and a haunted past to possibly take over as the next chief executioner?

Diamond Island is a symbol of Cambodia’s future, a sprawling, ultra-modern paradise for the rich on the river in Phnom Penh. Like many other country boys, Bora, 18, is lured from his village to work on the construction of this property developers’ dream. There, he forges new friendships and is even reunited with his charismatic older brother Solei, who disappeared five years before. Solei introduces Bora to the exciting world of Cambodia’s privileged urban youth, with its girls, its nightlife and its illusions.

Athirah’s life is shattered when another woman enters her husband’s life. In a time and cultural background where polygamy is still widely accepted, Athirah struggles alone with the hurt and humiliation. Meanwhile, Athirah’s eldest son, Ucu has to go through his teenage years with uncertainty. While trying to understand what is going on in his family, Ucu falls in love with Ida. His efforts to approach Ida are difficult and Ucu’s frustration deepens when he discovers that his mother is pregnant again. 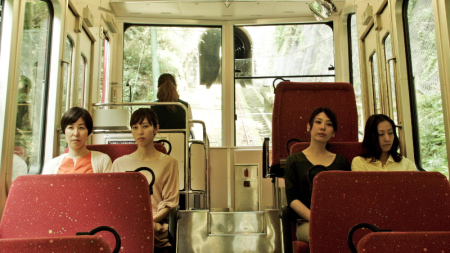 Four women, all in their 30s, and three married, one divorced. They can tell each other everything. Or at least they thought they could… One day, after losing a divorce court battle, one of them loses hope and disappears. The three remaining women take a second look at their lives. They spend a long night wondering, “Am I really the person I wanted to be?” 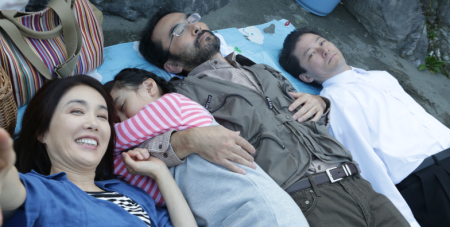 Toshio runs a metalworking factory. One day an old acquaintance, Yasaka appears. Toshio hires and allows him to move in with Toshio’s family. Yasaka eventually disturbs Toshio’s peaceful life and vanished. Eight years later, Toshio and his wife discover a clue of Yasaka’s whereabouts. HARMONIUM by Koji Fukada of Japan won the Jury Prize in the Un Certain Regard category of the Cannes Film Festival.

The Sachino family used to run a bathhouse before the father disappeared. Futaba, a cheerful and determined mother raising her daughter alone, learns that she has only two months to live. She quickly makes a list of things she must do and immediately starts working on it. During her remaining time, family members encounter conflict and tension, but their ties also becomes stronger. And they commit to giving Futaba a loving send-off.

A body mauled to death by dogs is found, and other heinous murders follow. Mysterious notes are left at the crime scenes, hinting the killings were done to punish each victim and the bodies are presented as if they are meant to be found. The killer only appears on rainy days and is witnessed wearing a frog mask. Police detective Sawamura (Shun Oguri) is on the case and to his surprise he finds out that the next target of the Frogman could be his beloved wife and child. Sawamura tries to corner the Frogman, using clues, but is devastated to find out that everything is a trap.

A new masterpiece will be born into the pantheon of Japanese film! This highly anticipated release from the team of Villain is a whodunit about a murder in this paranoid era where the advancement of SNS and mobile technology easily raises doubts about family, friends, and even loved ones. The murder becomes the catalyst for fundamentally calling into question what it is to truly “believe”.

Shinium (Dead Horse) by Mendoza depicts an illegal Filipino immigrant in Japan who returns to his homeland for the first time in decades after being deported. The Filipino director as been known for deft portrayals of ordinary Filipino men bravely and proudly overcoming extraordinary situations. This time around, he grapples with the issue of the loss of national identity and home, setting his story in Obihiro area of Hokkaido and Manila. Lou Veloso, one of the Philippines’ most heralded actors plays the lad role.

Pigeon, by Isao Yukisada (Japan), is set in Malaysia, a land that was once invaded by the Japanese army but is now home to many Japanese retirees living out their remaining years. The story revolves around an elderly man who has parted from his family in Japan to live on an estate with a pigeon coop, and depicts discord with his son and his relationship with a young female Malaysian caretaker. His distant memories of the Pacific War at Plau Penang also come back to him. The film stars one of Japan’s most celebrated actors, Masahiko Tsugawa.

Beyond The Bridge, by Kulikar is a love story that transcends time and borders. It portrays a love story that begins in Cambodia against the backdrop of the nation’s civil war and the Cambodia-Japan Friendship Bridge located in Phnom Penh. The piece stars Masaya Kato, a prolific Japanese actor who is active internationally. Playing opposite Kato is Cambodian dancer-choreographer Chumvan Sodhachivy, who recently appeared in Amon Miyamoto’s theatrical production “The Terrace of the Leper King in Japan”. 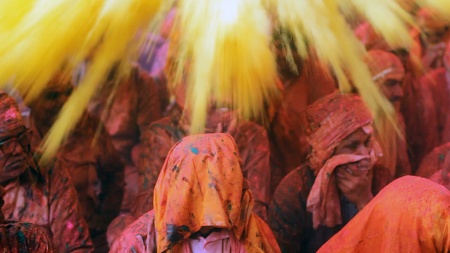 This film explores the private experience of prayer and faith in daily life, in a style that is intensely intimate, yet sweeping in scope. A vast international collaboration, the film was shot by over 40 distinguished filmmaking teams around the world who never met or spoke with each other, each contributing a single, private scene, collectively creating a memorable gallery of personal portraits and panoramic spectacle. A coproduction between WLIW LLC in association with WNET, New York’s public television station, and Japan’s WOWOW. 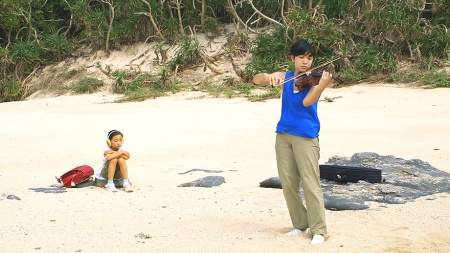 Umi’s hearing is so sensitive that even notes played slightly out-of-tune give her a headache. Violinist Yuko arrives from Tokyo to play a concert on Umi’s small island near Okinawa, and gradually befriends the girl. Both struggle with friendships and family relationships, but are brought together by music. Director Kaze Shindo, acclaimed for her debut LOVE/JUICE (2000), returns after 11 years with this drama, starring brilliant child actor Aoi Ito and Japan Academy Prize-winning actress Sakura Ando (100 Yen Love), which movingly captures island life and the power of music. Featuring Tsuneo Fukuhara’s song “Shima Jima Kaisha”.

One day, a lonely boy Kyuta encounters a Beast, Kumatetsu, and decides to become the Beast’s apprentice in order to get strong. They clash about everything at first, but their shared experience helps both of them mature. Gradually a bond develops between them just like a real father and son. The story of fathers who celebrate the growth of children.

The Girl Who Leapt Through Time by Mamoru Hosoda – Japan | 2016 – 98 min.
Section: The World of Mamoru Hosoda

An animation film based on the original novel by Yasutaka Tsutsui. Makoto, a high school girl suddenly gains the ability to leap back in time. She uses this ability to constanly go back to fix petty mistakes. In the process she learns how precious time really is. 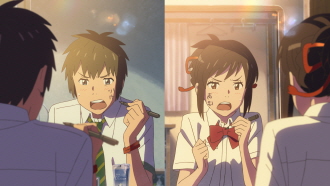 In this ambitious new feature-length animated motion picture, up-and-coming animation director, Makoto Shinkai teams up with Masayoshi Tanaka, character designer for Anohana: The Flower We Saw That Day and platinum artists, RADWIMPS. It is a wholly original and moving sci-fi romance unlike anything seen before! As a director, Makoto Shinkai’s hour has come! 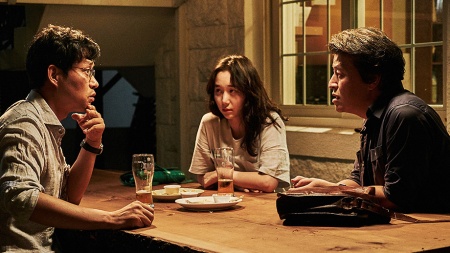 The mother of the painter Young-soo is gravely ill. He hears that his girlfriend Min-jung drank with a man and fought with him. They argue that night, and Min-jung leaves, saying they shouldn’t see each other for a while. The next day, Young-soo looks for her, but can’t find her. Meanwhile, in Yeonnam where he lives, Min-jung, or some woman who looks identical to her, goes around meeting different men. Young-soo wanders around and fights with himself, which is the same as fighting with the world; while Min-jung or the other woman, resembling the image of her in his fears, wanders around seeking the “good man” she’s never met.