We present the list of winners of the QCinema International Film Festival that took place from October 13th – 22nd in Quezon City, Philippines.

Satra, a widow is caught in an escalating blood feud stretching back generations. She initially seeks vengeance for the death of husband but finds herself being convinced by Farida to leave the land after the death of her only child Amiya. Beyond the will of her family she secretly meets up with the matriarch of the rival clan to seek possible reconciliation.

What the jury said: For bringing mother figures caught in inter-generational conflicts in Zamboanga to the scope of classic Greek tragedy, through tremendous talent in directing actors and capturing images through subtle, yet sharp framing.

Mara is scared of water. She has a rare condition that keeps her from touching any forms of liquid. As a single mother, her only pearl is her frisky son Elim, who was later on diagnosed with a life threathening disease. The boy’s only request is to learn how to swim.

What the jury said: For its simple and yet unusual portrayal to seek meaning for life’s suffering and existence.

An indigenous family, one of the last forest people of old, copes with the unusual changes in their environment including the imposing lifestyle and customs of the more sociable tribes on the plains.

What the jury said: For its aesthetically challenging cinematic exploration of the tribulations of the not-so-familiar indigenous people whose lives are in tune with nature in a mythical way and are attempting a new familial and social order.

Little Mia has a lot of questions about death even if she is only 7 years old. She has always heard about it but never fully understood it. And as she experiences the loss of her own father, she struggles to see her mother’s sadness grow heavier each day. Mia seeks help instead from the shadow puppets her father left her, to cope and understand the meaning of life and death.

Aiman, a 28-year old correctional officer, is transferred to the territory’s top prison. He strikes up a friendship with Rahim, who is revealed to be the chief executioner of the prison, and one of the world’s most prolific. Can Aiman overcome his conscience and a past that haunts him to become the executioner’s apprentice?

What the jury said: For giving a relevant, poignant and sensitive discourse on socio-psychological consequences of crime and punishment in a well-developed human drama. 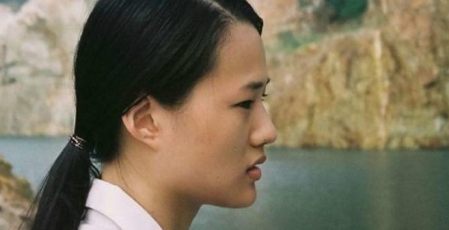 By the Time it Gets Dark encompasses multiple stories of Thailand whose connections are as spiritual as they are incidental. We meet a pair of actors whose paths take them in very different directions. We meet a young waitress serving breakfast at an idyllic country café, only to later find her employed in the busy dining room of a river cruise ship. And we meet a filmmaker interviewing an older woman whose life was transformed by the political activism of her student years and the Thammasat University massacre of 1976.

What the jury said: For taking us into an uneven yet mesmerising journey of history and memory in its many reincarnations to collective, social, personal and cinematic adaptations. 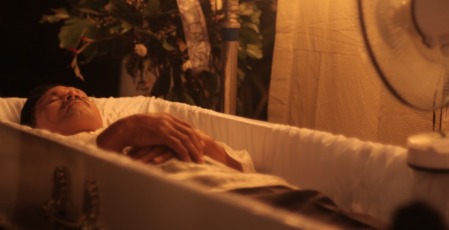 When Iyay, a single mother, learns that her estranged husband has died, she drags the entire family on a road trip from Cebu to Dumaguete to attend the funeral. With her children – Hubert, who has Down Syndrome; Jude, a lovesick transman; Jay, who is living the bum life – as her passengers, Iyay drives her tiny multicab on a journey that yields unexpected stopovers, detours, and revelations.

What the jury said: For its playful call for diversiy within a popular, comic setting, through the non-conformist attitudes of a single mother, an emancipated nun and a strong tomboy. It even passes the Bechdel Test.

What the jury said: For its bewitching, hyperrealist camera work that plays with the codes of documentary with poetic twists that cast a magical spell into the forest hinterlands

Jewel is a mysterious woman who lives alone in the city. She has a secret which has led her to settle into a lonely existence. That is, until she meets Nico, a broken-hearted, down-and-out guy who also feels unlovable like she does. Jewel is torn between wanting to love him and wanting to save him from herself. Will he accept her if he knew the truth about her? Can she ever find love, or is she destined to be alone forever? 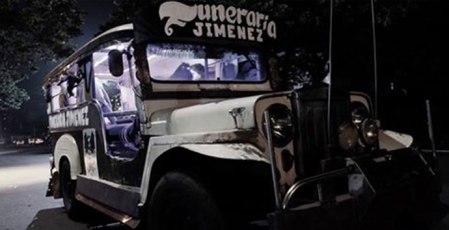 “Purgatoryo””tells the story of Ilyong. A recently-dead man killed by the police, after he was caught stealing. This is the beginning of his story, his death. Soon after, he was brought into a sleazy funeral home, run by Violet, a greedy homosexual who has learned to survive by renting out the dead bodies in his funeral home to Simon. Along for the ride is Jojo, a police officer who is under the payroll of Simon and who supplies the dead bodies for Violet to take care of and make money from. Violet has two workers, On-on and Dyograd. They clean the bodies and prepares them for the wake. On-on, for all his good looks, no longer feels alive except when he is gambling. Dyograd on the other hand, only feels alive when he is having sex. All in all it was a good team until Ilyong came and then one after another, the misfortunes came. Someone recognized him for who he really is, creating trouble for Violet. And he must make a decision whether to keep Ilyong or just throw him out. If she does, who will replace Ilyong? They cannot close shop. There is after all, no rest for the wicked.

Laila Ulao for her role in Women of the Weeping River by Sheron Dayoc
Philippines | 2016 – 120 min. 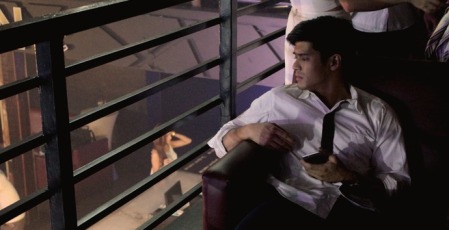 Mikey, a young, discreet, gay man from the affluent class, spends five years in a city jail while hearing his case for drug pushing. Inside prison, Mikey holds back to adapt to the culture and stratification among inmates. Eventually, Mikey becomes a ‘Mayor’ (ring leader) to a group of gay inmates called “Gang-da”. Together, they thrive to survive the dangers of several gang riots, the mundane, and the decay of human dignity.

Taha Daranda for his role in Women of the Weeping River by Sheron Dayoc
Philippines | 2016 – 120 min. 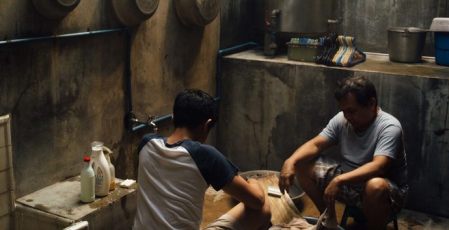 A young boy frequently visits an old man who lives alone, keeping him always in good company. One night, he chances upon the old man watching a dated clip of himself as a cross-dressing boy. This sparks within the young boy an interest to find out more about the old man’s past. What he ultimately discovers aids both him and the old man towards a richer understanding of how the weight of life and identity should be carried.