We present the winners of the Antenna Documentary Film Festival that took place from October 11th – 16th, in Sydney, Australia. 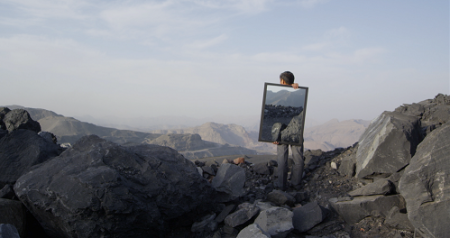 Behemoth is a biblical monster, the beast of an invincible country. Today, the beast could be seen as man himself, raping the earth to obtain its wealth. He is unaware that the destruction of the land is far from over. The beast eventually begins to devour itself. This film operates as a cinematic parable, training its focus on Chinese mines, with their giant machines, noise, dirt, destroyed nature, sick and dying miners. It leads to a newly built city, where nobody lives. The allegory relies on the power of images and words from Dante’s Divine Comedy, the inspiration for the filmmakers.

The jury said, “This is a work of visceral beauty contrasting images of the individual within nature with the dehumanising, hellish reality for those working within the mines of Inner Mongolia. Extraordinary cinematography, exquisite sound design and without need for dialogue, the film is an awe inspiring, transcendent experience.”

In STARLESS DREAMS, acclaimed filmmaker Mehrdad Oskouei takes us inside a girls’ juvenile detention facility on the outskirts of Tehran. The bonds the girls share are as tight as blood – some feel more at home here than they ever did with their families. Their crimes include drug dealing and murder, yet instead of cold-blooded criminals we discover friendly, young people who laugh, sing and cry together. With the conceptual rigour and emotional directness associated with the best of Iranian cinema, Oskouei presents an intimate and respectful portrait of these young women, offering a powerful indictment of social apathy. KV

The jury said, “With great sensitivity and poetic imagery, Mehrdad Oskouei portrays a group of young girls in an Iranian detention centre… On various levels of human, and at times surprisingly playful, interactions the film gives them a strong presence as members of an enclosed community behind bars.”

Mother With A Gun by Jeff Daniels – Australia | 2016 – 90 min.
Archetypal good Jewish girl Shelley Rubin escapes family expectations by falling in love with the leader of the Jewish Defence League (JDL), once considered America’s most active terrorist organisation by US authorities. Advocating any means necessary to prevent antisemitism, she supports armed response and preventative violence. On the path to becoming the brash and outspoken leader of the JDL, Rubin faces alienation from her family, and the imprisonment and violent death of her friends and family members. Director Jeff Daniels shadows Rubin and untangles her past and present to expose this unusual pathway to Jewish extremism.

The jury said, “Mother with a Gun [is] a thought provoking, creatively told story with an unusual controversial female character whose life tragically illustrated the personal cost of political convictions.”

Wanita decided she was Australia’s Queen of Honky Tonk at age 3, the title remains unchallenged but everything else in her life is up for grabs.

Amidst dusty stretches of land in the middle of nowhere, drifters, loners, adventurers, misfits set up makeshift camps to mine for precious opal, Australia’s national gemstone. 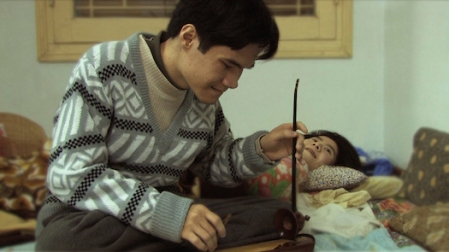 A musician affected by exposure to agent orange follows his dream to become a dan bau player.

During the time of the Stolen Generations, thousands of Aboriginal girls were taken from their families by the Australian Government. SERVANT OR SLAVE is an emotional and confronting insight into the history and legacy of the domestic servitude enforced upon Aboriginal girls in Australia, told through the storiesof five women. In bringing to light the heartbreaking experiences of Rita, Violet and the three Wenberg sisters, SERVANT OR SLAVE celebrates their fortitude in pursuing justice for the crimes committed against them. Theirs is a David and Goliath battle, waged not only for personal healing, but to shed light on a barely acknowledged part of modern Australia’s history whose consequences are still felt today. KV