We present the list of winners of the 12th Jecheon International Music & Film Festival that took place from August 11th – 16th in Jecheon (South Korea). 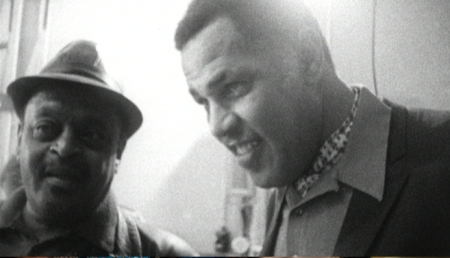 Cool Cats tells the story of two jazz giants who were forced to relocate to a musical small town. In the mid-1960s, tenor saxophone stars Ben Webster and Dexter Gordon leave America behind and its fierce political climate – as well as a long trail of heavy alcohol and heroin abuse. They settle down in Copenhagen, where they are greeted as musical saviors. But the attractions of the small, fairy tale-like Scandinavian capital soon turn out to be a threat to their music – and their lives.

About the Director
Janus Køster-Rasmussen was born in 1972 in Copenhagen, Denmark. 〈Cool Cats〉 is his directorial debut as a feature documentary filmmaker. During the last ten years, he has made several TV documentaries for [DR] (National Danish TV) on politics, culture, music, history and sports. Formerly, he has worked as a music critic at Denmark’s two leading newspapers. He holds a master’s degree in Rhetoric and Literature.

Endo Michiro, the ex-lead singer of legendary punk band ‘The Stalin’, has ventured into film direction with a documentary on a subject where he is better placed than anyone to examine: himself. Endo, a native of Nihonmatsu in Fukushima, was on a nationwide solo tour in 2011 celebrating his 60th birthday when he was interrupted by the Great East Japan Earthquake. While performing at various venues, he visits old friends and expresses his thoughts on a wide variety of subjects, such as his complex about growing up in the countryside, his thoughts about Fukushima and its pre- and post-disaster status in Japan, his family’s experiences in World War II.

About the Director
Endo Michiro was born in Fukushima, 1950. He formed a punk band ‘The Stalin’ in 1980. After disbandment in 1985, he went solo in 1993 in acoustic. In 2011, he began the ‘Project FUKUSHIMA!’ with various activities to support the restoration after the Great East Japan Earthquake. In the same year, he began filming, which focuses on his 60th anniversary solo tour, and directs his first film 〈Mother, I’ve Pretty Much Forgotten Your Face〉.