We present a list of 5 Documentaries worth watching at the Revelation Perth International Film Festival that is taking place from July 7th – 17th in Perth (Australia).

All Things Ablaze is a visually powerful and deeply visceral fly on the wall documentary that positions the audience amongst the Ukranian protestors in the winter of 2013-2014. Speeches are made, demonstrators wave banners, but finally all things transform to chaos, the police and protestors size one-another up, before anger is unleashed and the streets turn to battlefields.

Shot by camera crews located deep within the crowds, All Things Ablaze follows the events unleashed in the winter, not as a political analysis but as a study in people and society in a world where all things are ablaze. A unique film, All Things Ablaze creates a truly cinematic- tableaux of the protests and a world in which violence explodes in city streets and squares. Free of direct narrative and editorialising the film, allows events to speak for themselves, and audiences pay witness to history as it unfolds on the streets. 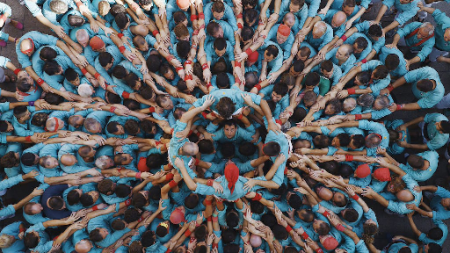 If ever the word “epic” could be used to describe a documentary, this is the one. Human is a stunning partly symphonic and partly interview based film that examines what it means to be part of the human race.

The film is utterly dazzling in every respect as we are immersed in new perspectives of the planet and its inhabitants courtesy of famed French photographer Yann Arthus-Bertrand’s breathtaking aerial photography. With a global scope that embraced over 2000 interviews across 60 countries, Human demonstrates the power of new digital and drone technology in so doing presenting us with a journey that is in equal parts poetic, urgent, surprising, saddening, joyful but always engrossing.

Audiences will be familiar with Louis Theroux’s offbeat, slightly quizzical, style from his cult BBC television series currently broadcast on ABC and in My Scientology Movie the journalist turns his attention to the Church of Scientology. Long fascinated by the religion, Theroux’s exploration of the Church sees him talking to ex-members, employing actors, and, in a bizarre turn of events finding himself being followed by a camera crew 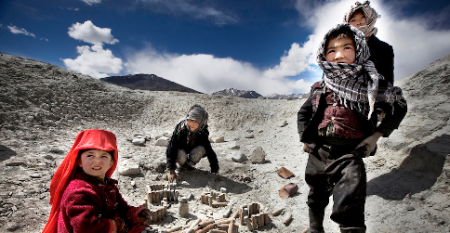 Stunningly photographed in 16mm The Land of the Enlightened follows a group of Afghan children and teenagers in the war torn country. As American soldiers wait in a remote base and long for home, the Afghan youths survive on their wits by scavenging, stealing and barter, while dreaming of their own futures in the harsh landscape.
A hybrid work that shifts between observational documentary and dramatic re-enactments, the film offers an evocative and poignant portrait of the next generation of Afghans and the land that is their home. Seven years in the making, The Land of the Enlightened is a remarkable work, that follows survival and youthful resilience in a perpetually war torn landscape that seems raw and barren, divided between mountains, plateaus, fields of poppies and vast skies.

Premiering at Cannes, 2015, The Other Side isn’t for the faint of heart. The film offers a harrowing-yet-poignant portrait of rural Louisiana. This beautifully lensed documentary chronicles a world of drugs and guns, of anti-government militia prepping for the end-times, and of drug users struggling to make a buck.

These appear to be hard lives, but under Minervini’s careful direction a more complex picture emerges. His vérité filmmaking style offering his subjects the space to breathe and their stories the opportunity to slowly unfold. This is not easy viewing, and there are no pleas for sympathy, but there is no judgement either, instead The Other Side offers a portrait of those who are forgotten by the world.

For more information about the festival please visit the FESTIVAL PROFILE.

To know where and when they are going to screen these movie you can check the official website here: Revelation Perth International Film Festival.