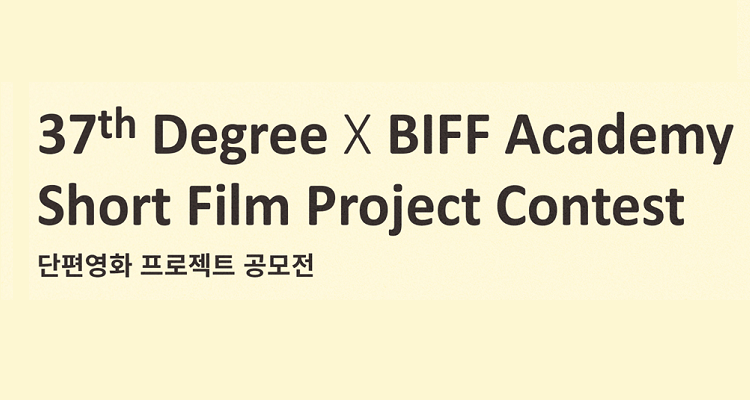 The Busan International Film Festival’s BIFF Academy and 37th Degree, a global moving images production company, are calling projects for their Short Film Project Contest for Asian filmmakers until September 7th, 2020. Here you will find more information about their call.

About 37th Degree:
37th Degree, is a production company with offices in Seoul, New York and Milan, providing production services for films, videos and commercials around the world as well as producing its own films and multimedia projects.

The FULL Rules and Regulations can be found here: CALL FOR PROJECTS