8 Korean you cannot miss at the 21st International Film Festival 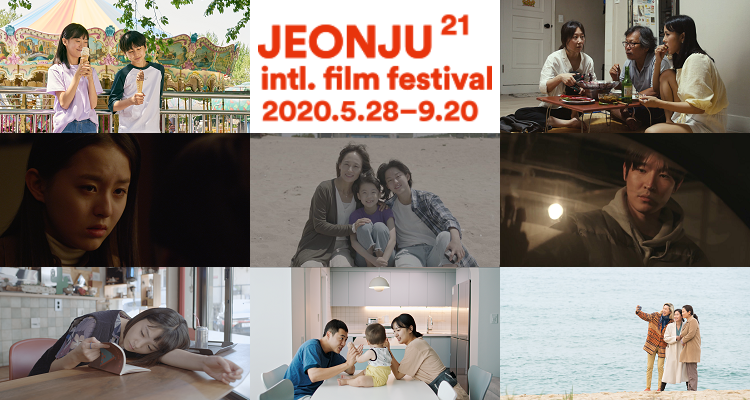 We present a list of eight Korean films that you shouldn’t miss at the 21st Jeonju International Film Festival, which is taking place from May 28th until September 20th, in Jeonju, Korea.

About the Festival:
Launched in 2000, Jeonju IFF is now recognized as Mecca of independent film festival of Asia and the widest window of avant-garde cinema around the world. While you can find latest waves of Korean independent scene in Korean Film Competition, International Competition introduces new talents across the world and showing the potential of new cinematic aesthetics. A number of new, rising filmmakers have been introduced to the world stage by Jeonju IFF and it resulted in that the awardees of Jeonju IFF have been critically acclaimed by international film festivals scene. The directors with the Grand Prize include Suwa Nobuhiro, Apichatpong Weerasrtakul, LiuJia-yin , Denis Cote, YING Liang, Matías Piñeiro and Sherad Anthony Sanchez.

Important: This year the festival will have theater screenings only to those who produced and directed the films. General public can view some films online via the Wavve.com platform (only available for people living in Korea). For more information on how to watch the films please go here: http://eng.jiff.or.kr/Ticket/ticketOnline.asp

As a result of a traffic accident involving a violation of the centerline, the perpetrator dies, and the victim falls into a coma. After some time, the wife of the perpetrator, Heejoo, returns. Heejoo is bewildered at the fact that the victim’s wife Youngnam is also working at the factory where she goes to work. By accident, Heejoo becomes close with Youngnam’s daughter Eunyoung and learns a new fact about the incident. The true nature of this accident, where Heejoo’s husband was known to have crossed over the centerline, is actually very complicated. Since the social issues of dispatched labor and industrial accidents and personal issues of depression and family trouble are intertwined here, it is more difficult to apprehend. Black Light focuses on the relationship between two women facing great misfortune. As the truth about the incident slowly reveals, the two women in tense conflict seems to realize that the source of the pain did not originate from each other. That will not ease the pain, but it is clear that hating each other will not solve the problem. The impressive last scene shows that this is the destiny of being the companion. [Moon Seok]

Seoul Station, dust alarms go off regularly. Taesan is homeless here. At first glance, he looks different from other homeless people. With Mr. Kim and Dojoon, they live as a family in underpasses or empty stores. One day, Taesan meets art student Moa and draws a picture with her on a dusty car. Taesan and Moa’s ‘Dust Art’ drawings start becoming widely known through social media. Through the cuts on his arms associated with suicide and the sporadic images, we learn that Taesan received great shock in the past and still has not recovered. Then Taesan starts having a positive outlook on life and becomes free from the trauma through the dust drawings. Through Taesan’s explanation on ‘Tyndall phenomenon’, the film tells us that homeless life and dust art are essentially the same. “Even an invisible being has a story to tell.” DUST-MAN seems to convey a message that art can project a light of hope not only to the world covered with dust but also for the artist themselves. [Moon Seok]

Obok, a market vendor in Seoul, is conflicted due to the redevelopment project. On the day of the meeting of her eldest daughter’s husband-to-be family, she has an incident. After a pleasant drink, she was sexually assaulted by Gitaek, fellow vendor and chairman of Redevelopment Committee. Obok tries to live her life as if nothing had happened, but she has trouble repressing her fulminating anger. Eventually, she confesses to her eldest daughter and reports Gitaek to the police. But for Obok, justice is too far from her. As soon as the charges go through, Gitaek throws a tantrum and asks for evidence. The other vendors, once friends with her, also defend Gitaek in case they will have problem receiving compensation. Even her daughter, who is stressed with her wedding day soon approaching, blames her mother. Gull depicts the process of a marginalized middle-aged woman living under pressure obtaining her rights and protecting her dignity through a lonely fight. It is very impressive to see Obok defeating the prejudices of the world and defending herself as she constantly ‘reflects on herself.’ Moreover, the performance by actor JEONG Aehwa, a familiar face who plays many minor roles, makes the film more touching. [Moon Seok]

Hangyul and Goun is a young couple raising their newborn Woorim. Not too long ago, they got scammed by a real estate agent and lost their entire fortune leaving them homeless. Eventually, they lug their belongings and try to sleep at Jjimjilbangs every night. Hangyul provides delivery service driving a scooter and Goun put up flyers carrying Woorim. However, it seems impossible to find a place to live by their endeavors alone. One day, Woorim gets hurt at a Jjimjilbang and the couple’s situation becomes more desperate. They end up temporarily staying at a house of this elderly woman whom Hangyul got to know through his delivery service work. Hangyul tells Goun that this lady is visiting the US for a month but the whole thing feels suspicious to her. Homeless illustrates the despair of the younger generation toward housing problems. The couple dreams to live a life like a model house that appears in the first scene, but the reality is the opposite. They have inner conflict between the desire to turn the lady’s house into their stable home and the guilt. This is clearly expressed through rookie actors PARK Jeongyeon and JEON Bongseok. [Moon Seok]

Bored and lethargic Hyunsil becomes impatient after seeing the posting of a poetry contest. For some reason, she wants to be a poet and has composed four poems so far. However, to enter the contest, she needs five poems. Moreover, there is just one day left before the deadline. Midsummer Madness, which focuses on Hyunsil’s struggle to compose the fifth poem, portrays the growth of a woman in her late 20s while asking the essence of art within the casual and humorous story. In the film, there is a scene where the character says, ‘I have nothing to say, but I am writing poems because this is all I can do instead of talking.’ One summer day, just like that phrase, as Hyunsil meets her friends and dwells on their relationship and emotions, she completes the fifth poem with great effort. Through the process of recovering poems from the muddy puddle of life, Hyunsil realizes that her thoughts about the world and people have expanded. The film seems to send a message that this is art and being a poet is becoming an adult. [Moon Seok]

Seonyoo’s father left this world with a large debt from his business. Mother and 12-year-old Seonyoo are trying to move to a new place and have new start. Seonyoo, once bullied by friends, seems to be adjusting to the new school. She is excelling at school, is good at drawing, and making new friends. Especially, she gets a lot of attention from prankster Jung-gook. By the time Seonyoo’s life, which cast a dark shadow, is gradually brightening up, her grandmother comes to school to collect her father’s death benefit and makes a scene. Everyone at school starts to learn about Seonyoo’s situation. Please Don’t Save Me begins with the social issue of parents making extreme choices with their children due to economic poverty but serves as a family film as the heart of the story is the child. Acute social issues have become somewhat dull through the eyes of the child, but they seem to have a much greater advantage in terms of consensus. After all, the only way to prevent misjudgments of those who have difficulties is from a warm heart and interest. This is effectively delivered through Jung-gook’s pure love for Seonyoo. [Moon Seok]

Same-sex couple Eunsoo and Yewon are living together happily. One day, a terrible traffic accident occurs and Eunsoo is seriously injured and her sister Eunhae dies. Eunsoo is disabled and Eunhae’s daughter Soomin became an orphan. Now Eunsoo and Yewon are in a position to take charge of Soomin. Take Me Home is a film that questions the meaning of a family. Right after the accident, Yewon says, “Are we not family? How can one abandon a family member because of what happened?” Eunsoo responds, “Family? Who acknowledges us as a family?” The three women live together as Yewon wished and they hope to be one family. They seem to be living like a happy (similar) family as they spend daily routines and visit the beach. But, like Eunsoo’s hopeless respond, the norms of the world prevent them from becoming one family. The true virtue of this film is in the ending. Instead of a happy or sad ending, this film, like DO Jonghwan’s poem ‘Ivy’, persistently chooses the road of happiness slowly without rushing even if it takes a detour. [Moon Seok]

Eldest sister Heesook lives a busy life taking care of her husband and daughter. She is unadaptable as she has a hard time showing her true feelings and even joins a pseudo-religious group to be baptized. Middle sister Miyeon, who lives with her choirmaster and professor husband, covers up the violence behind her religious beliefs. Youngest sister Miok is an immature playwriter who married a divorcee with a child out of pique. Heesook is diagnosed with cancer while Miok gets all angry and calls herself trash and harasses her family. Miyeon, who appears to be the most peaceful on the outside, is in shock as she witnesses her husband having an affair with his choir member. The awkward, distant, and wounded three sisters gather at their hometown for their father’s birthday. However, on the day of the party, there is a big mess because of their little brother Jinseob’s abnormal behavior, and the past of the three sisters slowly reveals. The film, which captures the daily life of three sisters becoming far from happiness, is unconventional and pushes family relationships to the extreme, displaying the unique production of director LEE Seungwon. And above all, the thrilling performances by actors KIM Sunyoung, MOON Sori, and JANG Yoonju are brilliant. It is a film that makes us look back on family and siblings. [Chun Jinsu]

For more information about the films and how to watch them please go to the official website: http://eng.jiff.or.kr/