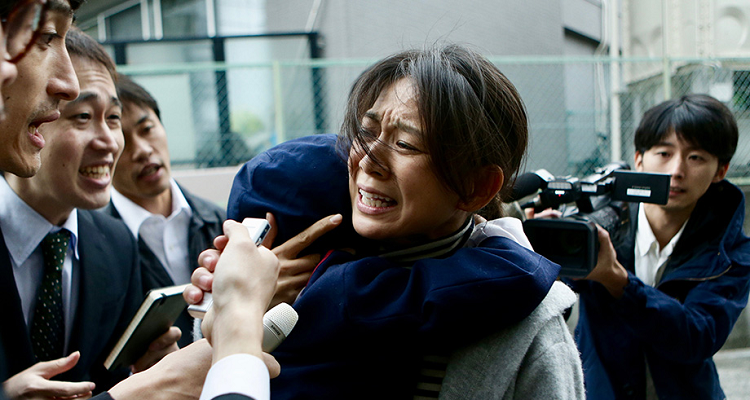 Mrs Noisy by Amano Chihiro (Japan) will open the Cinemasia Film Festival 2020 which will take place from March 4th – 8th in Studio/K & Rialto at Amsterdam, Netherlands.

About the festival:
CinemAsia Film Festival is an annual film festival dedicated to broadening the horizons of the Dutch public and the Dutch film industry in regard to contemporary Asian cinema by offering them a selection of the best commercial and art house films Asia has to offer.

The opening film will be screened on Wednesday March 4th, 19:00 pm at Studio/K (Timorplein 62, Amsterdam) the director will be the Guest of Honor. Tickets for this screening are sold out BUT you can catch the film again on Friday March 6th, 19:00 pm at Rialto Bovenzaal.

After winning a grand literature award, author Maki (SHINOHARA Yukiko) struggles to follow up with something new. She has just moved into a new apartment with her husband and their little daughter, where she’s confronted with a nasty case of writer’s block. As if that wasn’t enough, she’s also constantly distracted by her inconveniently timed noisy neighbour (OOTAKA Yoko). What started as a small quarrel ends in an unstoppable viral social media sensation that changes the lives of the two women forever.

Through creative staging, great performances by the lead actresses and an interesting narrative structure, director AMANO Chihiro shows that there are always two sides to every story. (Cinemasia Film Festival)

For more information about the programme and schedule please visit the official website of the festival here: https://cinemasia.nl/en/