We selected a list of films and short films you cannot miss at the 8th KASHISH Mumbai International Queer Film Festival that is taking place from May 24th – 28th, 2017 in Mumbai, India.

This year the festival presented a great selection of films and commentaries. We want to share with you some of the films and shorts you might be interested to watch during the festival.

Lola Kirke shines as Joey, an aimless young woman searching for a direction in her small town of rural Pennsylvania. A visit to an Army recruiting office appears to provide her a path but when she meets and falls in love with Rayna, a rough and tumble housewife neglected by her long-haul trucker husband, that path diverges in ways that neither woman anticipated. As Joey falls deeper in love, she begins to lose sight of what’s most important to her, while also becoming blind to the mistakes she is making. 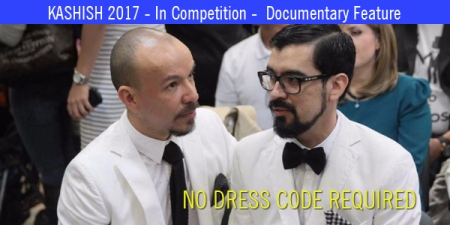 A documentary about Victor and Fernando two stylists from Mexicali. They are the go-to professionals for the city’s socialites. To their customers, they were a lovely couple until they decided to legally marry. Losing the support of people and friends and confronting a backlash of criticism, through their fight they woke up members of Mexicali’s society to fight homophobia and inequality.

Gregory, a gifted working-class teenager from Paramin, stars in a theater play that brings him to the attention of James, an affluent businessman. The two men strike an uncanny friendship as James takes Greg under his wing, pushing him to discover himself professionally, creatively, and intimately. Confused, Greg must at once deal with the return of his drug addicted father, and navigate through the early days of adulthood. As Carnival Monday approaches and the locals prepare for the annual male initiation parade, Greg must confront James – an act which will culminate in life changing events for him. 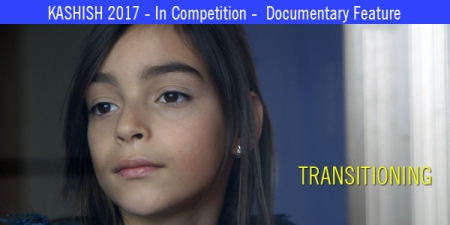 In this moving film, we explore the transitioning through first-hand stories told by four young people who have taken this step. Their moving statements shed light on how these boys and girls felt, both before and after making the transition, and the difficult process that parents often go through in accepting that change.

But the trans reality, especially in the adult world, reaches much further. Not everyone identifies specifically with either the masculine or feminine gender. That’s the case for Noa, Àlex and Daniel, three members of Joves Trans de Barcelona (Barcelona Trans Youths) who don’t consider themselves either male or female and contest the idea of the binary genre distinction.

Set in New Delhi, a closeted lesbian risks family and social boundaries as she pursues her household maid, Devi. 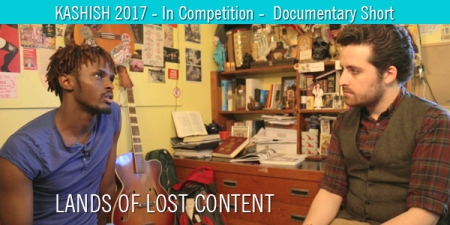 Lands of lost content is a documentary about a gay Orthodox Christian student called Nik Jovic Sas from Serbia who meets a genocide survivor and ballet dancer from Rwanda.

Ishimwa Muhimanyi returns to Rwanda after many years to meet his remaining family exploring the role of religion in the genocide and facing memories that only return in fragments, while Nik travels to Serbia wanting to reveal his homosexuality to his family, facing numerous challenges on the way.

When gang leader Ole (11) and his buddies Marco (10) and Milan (12) nicked twelve year old Davie’s school bag, Ole would never in his wildest dreams have imagined that a short time later he would appear on stage with Davie at a school karaoke contest dressed as a princess with makeup on… neither could his friends.

When eleven year old tomboy Jane inadvertently flirts with another girl at the local ice rink, she is amazed and surprised when the girl flirts back. 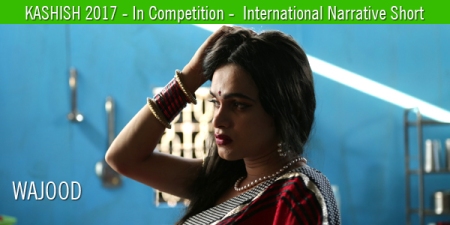 Wajood (Selfhood) revolves around a young hijra’s(trans-woman) life, who seems to fancy herself with an auto-rickshaw driver. When confronted by the elders of her community about her unrealistic expectations goes on a subconscious quest to know if somebody will ever fall in love with her or is this thought as naive as told by everyone around her?

“Single Men” captures the daily life and concerns of two middle-aged single gay men. Together with them, the documentary revisits three decades of change in Chinese society for sexual minority communities. Moving to a new place, both single men prepare for a new life, yet at the same time they’re anxious about the future. They need to face the future alone. It’s a reality that needs to be addressed by all members of sexual minority communities in China.

Set in the fast-paced environs of the usually bustling Mumbai local train system, Sisak details a romance that develops slowly and intoxicatingly, nestled in the silences and quiet comforts of the end-of-day train journeys between two men.

To know more about this festival please go to the Festival Profile or to the Official Website.
* – Images from the films taken from the official film festival website.