Although the festival is already in progress we want to share with our readers the films presented for the 12th Indonesian Film Festival that is taking place at the ACMI, Melbourne (Australia) until April 13th.

The 12th Indonesian Film Festival will be showcasing an eclectic range of commercial and art house cinema, from a particular corner of the globe often known for its striking beauty and rich culture. IFF pledges to deliver a high standard of cultural and educational entertainment to audiences of all ages. All screenings are taking place at the Australian Centre for the Moving Image (ACMI). 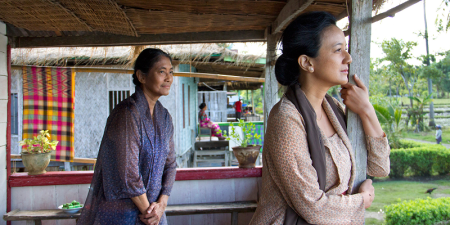 Athirah’s life is shattered when another woman enters her husband’s life. In a time and cultural background where polygamy is still widely accepted, Athirah struggles alone with the hurt and humiliation. Meanwhile, Athirah’s eldest son, Ucu, has to go through his teenage years with uncertainty. While trying to understand what is going on in his family, Ucu falls in love with Ida. His effort to approach Ida isn’t easy and Ucu’s frustration deepens when he discovers that his mother is pregnant again. 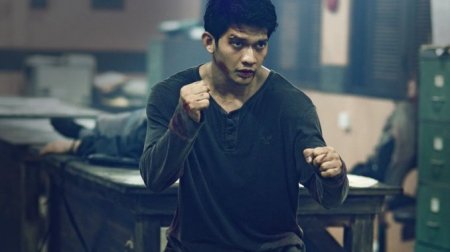 A mysterious young man lost his memory in a coma caused by a gunshot to the head, nursed back to health by young student-doctor, Ailin, who renames him Ishmael.

The two quickly grow closer and soon their lives collide with a gang of dangerous criminals. As Ishmael begins to suspect that his true identity is tied to these criminals, Ailin is violently taken.
Determined to save the woman who rescued him, Ishmael decides to confront his past as his memories and the lethal personality awakening within him start to reveal who he really is. 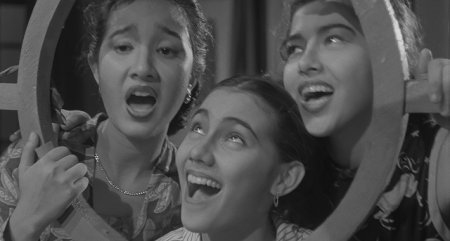 One of the most successful Indonesian films in the 1950’s, Tiga Dara (Three Maidens) is a renowned original film musical that has inspired generations of Indonesian filmmakers.

In 2016, the film was restored by SA Films in 4K resolution from the original film elements owned by the family of director Usmar Ismail that’s been preserved and collected by Sinematek Indonesia. 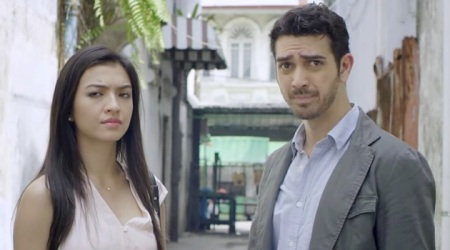 Terpana tells the story of two people who met under bizarre circumstances. Adaline is a busy workaholic who hasn’t gone back to her hometown for years. During a visit to Jakarta, she meets Rafian and the two fall in love.

Rafian is convinced that something must have led them to meet each other, as he doesn’t believe in coincidences. Adaline believes the contrary. 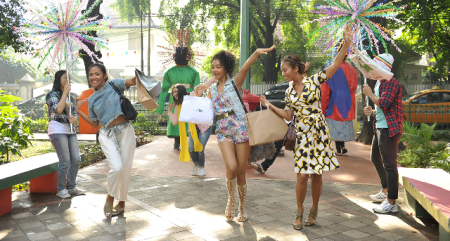 Ini Kisah Tiga Dara is the remake of 1956 musical comedy film ‘Tiga Dara’, with Nia Dinata directing and Lucky Kuswandi writing the script. Gendhis (Shanty), Ella (Tara Basro), and Bebe (Tatyana Akman) move to Flores with their father. The three sisters, each with unique personalities, are trusted to run the family hotel business in Maumere. When Oma (Titiek Puspa), their grandmother, comes, the sisters begin to question their dreams and ambitions, especially when Oma begins trying to arrange marriages. 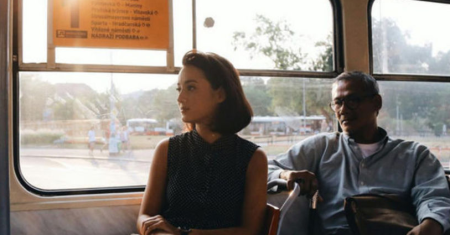 Inspired by real incidents endured by Indonesian scholars in Prague who were unable to go back to Indonesia due to the political unrest of the 1966 Suharto military coup. Surat dari Praha (Letters from Prague) was Indonesia’s entry for the Best Foreign Language Film at the 2017 Academy Awards. Larasati (Julie Estelle) is compelled to follow her mother’s wish to deliver a letter to Jaya (Tio Pakusadewo) in Prague. What emerges is a story of political exile and lost love, intertwined with the power of forgiveness and the absolution of reconciling with one’s past.

Special guest for Q&A: Tio Pakusadewo (actor)
A veteran of the Indonesian film industry, best known internationally for his role in The Raid 2. The Q&A will be facilitated by film critic Peter Krausz.