We present a list of 10 Short Documentaries you cannot miss at the 9th International Kuala Lumpur Eco Film Festival that is taking place from October 14th – 16th in Kuala Lumpur, Malaysia. 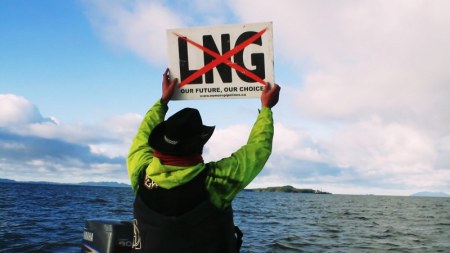 A great injustice is being done on Lelu Island near Prince Rupert, B.C., the sacred and traditional territory of the Lax Kw’alaams people for over 10,000 years. The B.C. provincial government is trying to green light the construction of a massive LNG terminal on the island – Pacific Northwest LNG, backed by Malaysian energy giant Petronas, without consent.

The Lax Kw’alaams are the keepers of Lelu Island and its connected Flora Bank, a massive sand bar that is part of the Skeena River estuary and known by fisheries biologists as some of the most important salmon habitat in Canada. The project would devastate the Skeena River, the natural wildlife and countless communities in the path of the LNG pipeline that will feed the terminal with fracked gas from Northeastern B.C.
The Lax Kw’alaams have voted unanimously against the project and became legendary when they rejected a $1.15 billion dollar deal from Petronas in an attempt by the company to gain consent.

Ignoring the voice of the Lax Kw’alaams, Petronas, with full backing of the Provincial Government have illegally begun drilling into Flora Bank where they now face off against warriors of the Lax Kw’alaams who have occupied the island since August 2015.

Fallow Land Bears Sweet Fruit is a documentary about ‘China’s first intentional community,’ and how some young people here are re-interpreting the legacy of living together. Tang Guanhua and Xingzhen are young luminaries of a nascent Back to the Land movement. Their vision could be an important new direction for Chinese society, or a self-indulgent escape for a privileged few. This experiment in living socialism has been preceded by many notable successes and failures. Can such a commune thrive within the world’s largest socialist state? 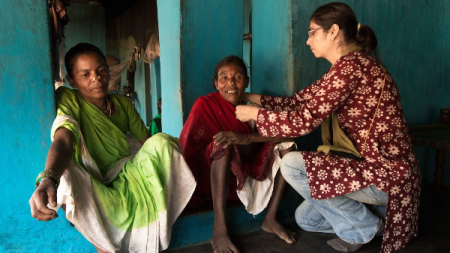 Who owns the Forest? Who decides what we eat? Who owns this land our ancestors have bequeathed upon us?
In the brave new world, democratically elected governments do not bat an eyelid as they disenfranchise citizens- calling original inhabitants of the land – unwanted squatters – reducing them into refugees in their own land.
While such Orwellian strategies unfold – while forests disappear, mines take over, and rivers are poisoned: an indifferent world looks the other way. Ironically, at the vortex of this mindless tornado of self-destruction are people are one with Nature.

The Kondh are one such people – the original dwellers (Adivasis) of the verdant forests of Niyamgiri in the state of Odisha in India. Niyamgiri is under attack from marauding corporations, for its minerals and pristine tropical forests. A way of life is under threat.

‘I cannot give you my Forest’ is a modern day rendition of the David and Goliath story, played out in an Orwellian setting. It asks pointed important questions of its viewers, yet it rejects the dialectic of the News-Documentary.
The film is an intimate poetic window into the lives of the Kondh who eschew the duality of Man and Nature. Over generations of co-existence, they have internalised the Forest – pacing the rhythms of their lives with the cycle of the seasons.

The Forest is a metaphor for their identity and their sovereignty. Against the foil of the usurpation of the commons, their philosophy gives a counterpoint to the dominant discourse. The film blurs the thin line between documentary and narrative cinema. The narrative is theirs; the meta-narrative is also theirs. There is no voice-over. # 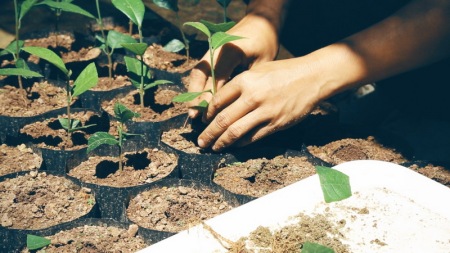 Tropical rainforest are some of the oldest and most diverse ecosystems in the world. The forests of Borneo are at least 140 million years old. It is an evolutionary center, with a staggering amount of endemic plant and animal species. Only half of Borneo’s rainforest remain now, and deforestation will have serious ramifications for habitat and species loss from fragmentation. Trees trapped in fragments are at risk of going into extinction. Isolated and marooned in a forest patch, the chances of pollination drastically drop, reducing the odds of reproducing.The conservation of plant species will play a pivotal role in restoring these degraded forests.

Tropical Rainforest Conservation and Research Centre (TRCRC) is working towards protecting rare and endangered trees within TRCRC’s Tropical Rainforest Living Collection in the state of Sabah, Northern Borneo. The most important part of this whole process is seed collection. We collect the seeds of these threatened plants and grow them in our nursery where there will eventually be transplanted and reintroduced in a reforestation program. Our conservation efforts involve extensive surveys of the plant distribution in forest fragments, where these plants are further threatened by isolation and are unable to reproduce. The expedition crew will spend weeks out in the field, monitoring fruiting events and collecting seeds from all around the state of Sabah.

Over 80% of Malaysia forests are lowland dipterocarp trees – named after the family of trees that dominate the canopy. It is the mission of the living collection to protect and conserve these rare and endangered trees, with the critical step being harvesting their seeds. What does it take to save a forest? To reforest degraded landscapes, to provide habitats and to reconnect important ecological corridors? What does it take to restore the services that rainforest provide us? That we are so dependent on? What does it take? Where do we start? It all starts with a seed.

The Disappearing Hills by Yeo Kai Wen – Singapore | 2016 – 30 min.
Stern-faced soldiers wielding M-16 rifles stood guard as excavators mowed down rows of chrysanthemums, leaving behind broken stalks and fallen petals. At a distance, farmers stood by helplessly as they watched years of their hard work destroyed under government orders. The Cameron Highlands has in recent years been under development pressure. While this has created a secure and comfortable lifestyle for many farmers, it has also resulted in large swathes of forests being cleared to make way for farm expansion.

As a result, flooding has become an annual affair, claiming property and lives while contaminating rivers with human waste, plastics and dangerous levels of pesticides. The Disappearing Hills documents the human stories behind these environmental issues. 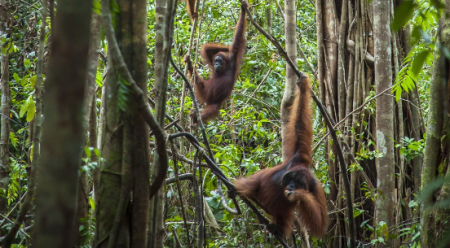 Over the past half century, the ancient lowland forests of Borneo have been destroyed at an unprecedented rate. We may be one of the few generations to preside over the complete destruction of these iconic landscapes, the richest terrestrial ecosystem on earth.

One indigenous Dayak community has clung on to an incredible hotspot of biodiversity – a bastion of endangered ulin trees – solely, it believes, by the power of a curse. Until now, the logging companies that have destroyed so much of the island’s fragile biodiversity have been held off, but the forest is again under threat from plantation companies.

The story begins with Fuad, a mental disorder boy who loves nature. He protect them, feed them, and even talk with them until a journalist Afiq found his diary and tell the story through it. 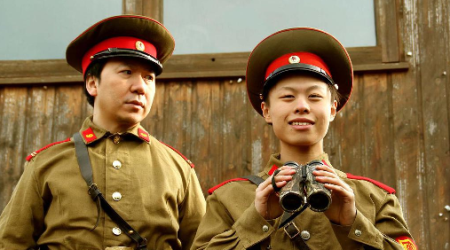 In the demilitarized zone (DMZ), a North Korean soldier and a South Korean ornithologist young woman are lost in admiration at a herons pair.

In Sarawak, Malaysia, the Borneo Tropical Forest is fading into corporate land. The Women of the Kayan and Penan tribe struggle in both mad made destruction and the effects of Climate Change. This film points out how Sexual and Reproductive Health and Rights should be included in Climate Change action and dialogue to protect the rights and health of these women whose struggles are often unnoticed.

We are at the crossroads of Climate Change and the Philippines is one of the battered countries from this occurring phenomenon. We may only know about the huge disasters it has caused but this documentary focuses on the unnoticed details that have been affecting the life of small communities and how women are the most burdened of all. In the island of Mindoro, fishing villages have been suffering from less fish day by day as women give birth to more and more children. This documentary explores the need for Sexual and Reproductive Health and Rights awareness amongst these communities, a way to give resilience to the mothers of the shore and the future they face.

To know more about this festival visit the FESTIVAL PROFILE or go to the official webpage HERE.