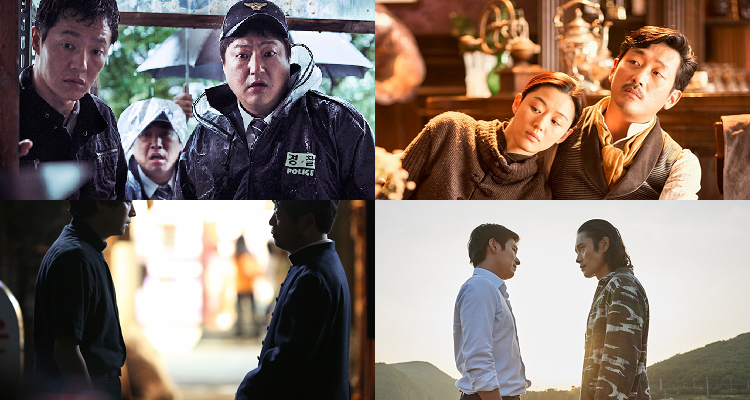 We present a list of 5 Films worth watching at the Korean Film Festival in Australia that is taking place from August 10th – September 25th in various cities.

1933 Korea, the country is under Japanese occupation and many Korean resistance activists base their operations in China to hide from the Japanese authorities. A command is passed down to Ok-yun, a top notch sniper to covertly assassinate the Japanese Army’s commander. For this task, Seok-jin, an agent of the interim government extricates Ok-yun and her comrades from prison. But the grand plan is exposed to Japan by an internal spy and a hit man, Hawaii-pistol is hired to hunt down Ok-yun. Will the assassination be successful?

LEE Kang-hee, an editor at an influential conservative newspaper raises congressman JANG Pil-woo to the position of a leading candidate for President using the power of the press. Behind this, there was his secret deal with the paper’s biggest sponsor in the form of… AHN Sang-goo, a political henchman supporting LEE and JANG, who gets backstabbed when he is caught pocketing the record of the sponsor’s slush fund. WOO Jang-hoon, an ambitious prosecutor, starts to investigate the relationship with JANG and the sponsor believing that this is his chance to make a big break to the top. While getting down to the grass roots on the case, WOO meets AHN who himself had been plotting his revenge. An all-out war between the one blind for power, the one hell bent for vengeance and the one eager for success begins.

A young girl, who is part of Father Kim’s parish, is in coma after a hit-and-run accident. Father Kim believes that she is possessed by an evil spirit. After failed attempts at exorcisms with various partners, Father Kim is left with one last resort… a young, rebellious seminarian named Choi. Once they take up the task to free the girl from the demon’s powerful grasp on her soul, they realize that this nameless evil is far more dangerous than they had initially thought. With lives hanging in the balance and time running out, do the priests have what it takes to defeat it?

Within a seemingly peaceful village, a plague of mysterious & violent deaths suddenly take place. The police conclude poisonous wild mushrooms are the cause of the deaths. However, police officer Jong-Goo hears a rumour that these incidents only began when a mysterious Japanese man moved into the neighbourhood. With the deaths continuing to no avail and all clues pointing fingers to the mysterious man, Jong-Goo cannot help deny that supernatural forces are at work. But it is only when Jong-Goo’s daughter Hyo-Jin comes down with the crazed symptoms similar to what the other villagers had before their deaths, Jong-Goo becomes desperate. He heads out into the mountains to find the old Japanese man’s home. Meanwhile, his mother-in-law calls in a shaman, Il-Gwang, to perform an exorcism on Hyo-Jin. Death lingers in the air.

After an international auto theft sting, a dim-witted detective Do-chul is treated to a night at a club where he meets third-in-line heir conglomerate, Tae-oh, whose rude behaviour rubs Do-chul the wrong way. Convinced Tae-oh is a drug addict, Do-chul tries to investigate, but is stopped by his boss. This is the harsh truth of society, the rich are untouchable. But after Tae-oh beats and humiliates a truck driver who petitioned for over-due pay, Do-chul takes justice into his own hands and with it punches through all obstacles placed by society’s top tier. The battle between an unstoppable cop seeking justice and an untouchable elite begins!