Winners of the A Night of Horror Film Festival 2016

We present the winners of the A Night of Horror Film Festival, which was held together with the Fantastic Planet Horror, Sci-Fi & Fantasy Film Festival from November 24th until December 4th in Sydney, Australia.

After a girl goes missing, two of her friends and a mysterious set of strangers find themselves drawn to the cabin in the woods where she disappeared. They will laugh, they will drink, they will kiss, they will have sex, and THEY ALL MUST DIE.

A clever and often hilarious film that spins into unpredictable and shocking directions. Its cast of interesting characters break with traditional horror tropes and only add to the unpredictably of the plot. Nice gore, great fun, lots of shocks: TONIGHT SHE COMES will leave the appetite of even the most jaded horrorphile satiated.

On New Year’s Eve a desperate and lonely young man is lured back to the apartment of an attractive older woman. The man thinks he is in for a night of pleasure, and perhaps the night of his life. He is half way right… because he is never going to be the same after he experiences what this night will bring.

THE NIGHT OF THE VIRGIN is a dark – and darkly humorous – journey into strange and forbidden territories. Some scenes are so outrageous that you won’t be able to sit still in your seat!

PLANK FACE is the perfect midnight movie. Come hunker down with us for this special late night session!

A young women receives a mysterious call in the night. After several strange occurrences she realises that she is not alone and that she may be in grave danger.

After connecting with a stranger of similar interests online, Gordon and his young son Paul, embark on an ill-fated road trip in which Gordon aims to indulge a secret passion. Before the day ends a horrible truth will be uncovered and a harsh lesson will be learned.

Set in a dystopic New Zealand, where the struggle for food and resources takes a heavy toll on society. A peculiar scientist, LECTA, takes it upon herself to solve this crisis. 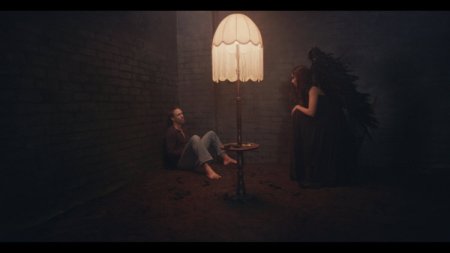 A miserable, bitter Man and a fallen Angel contemplate their predicament. A stony, cobbled darkness lit by an old lamp and accompanied by a single moth…

Fans of exploitation cinema will be mesmerised by this Canadian documentary – reminiscent of Australia’s NOT QUITE HOLLYWOOD – which explores Canada’s golden age of horror and sci-fi, from the 1970s into the ’80s.

A lucrative tax incentive program enabled the production of a slew of genre classics from DEATH WEEKEND through BLACK CHRISTMAS, PROM NIGHT, and MY BLOODY VALENTINE to David Cronenberg’s early masterpieces (SHIVERS, RABID, THE BROOD, and SCANNERS). Loaded with filmmaker interviews and clips from the films themselves,

TAX SHELTER TERRORS provides a reminiscent journey along with fresh insights into the making of some of the most loved films in the history of Canadian genre cinema.

A small town strip club owner must defend her bar, her strippers and her life when violent infected patrons show up on the final closing night and all hell breaks loose.

PEELERS is one of the hottest horror films on the fest circuit this year – with over 50 international festival screenings – and it’s premiering in Australia at A Night of Horror. Festival alumni Sevé Schelenz (SKEW) serves up a riotous horror action flick: filled with zombies, strippers, gore, gags and chainsaws!

Short Screenplay Competition
Winner
Walter’s Days by Nathan Ludwig and Charles Devin Hill
A young man wakes in a field every morning only to repeat the same day over and over again as he’s brutally murdered in increasingly elaborate and ridiculous ways.

1st Runner Up
The Life and Times of Teddy Whalley by Mike Wedderburn
An old mans life flashes before his eyes as he goes through his last minutes. We see the steady progression of terrible events that have lead him to make this most final of decisions.

2nd Runner Up
Dakota Caves – 2 Miles by Robert J. Rogers
Elmwood, a sleepy town in rural Nebraska, is the epicenter of an alien invasion. A space ship drops millions of six foot, egg-shaped objects into the atmosphere that float down and hover on the ground. And while the planet attempts to understand what the object is, inside is a growing, vicious, creature that eventually matures, cuts it’s way out of the thick, epidermal layer, and attacks humanity with blood-thirsty intentions.

Born from the DNA of a frozen ice age corpse, Catarina grows up incarcerated in an isolated palace, subject to experiments on human immortality conducted by Future Life investigator Samuel. A film student named Joana, falls madly in love with Miguel, an ice obsessed classmate – only to see him tragically ripped from her hands during a journey to a snowy mountaintop. What can possibly unite Joana and Catarina? How many lives are there in one lifetime? Is the end only the beginning of something else?

An android programmer obsessed with replicating human anatomy and intelligence will be led to the darkest corners of his own mind by Mia, his domestic companion android.

Super Science Friends is an animated series about a team of superhero scientists who travel through time fighting bad guys in an attempt to win World War 2. Led by Winston Churchill, the team consists of Nikola Tesla, Marie Curie, Charles Darwin, Sigmund Freud, Tapputi and a 14-year old clone of Albert Einstein. 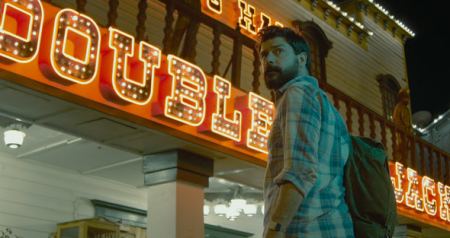 Desperate to turn his life around, a hard-luck gambler risks everything to sell stolen casino chips to a ruthless criminal. It’s the worst bet of his life.

With a fantastic cast, non-stop thrilling twists, and the spectacular backdrop of desert and casinos, DEAD BULLET is a top notch addition to the neo-western heist movie. It brings to mind such modern classics as NO COUNTRY FOR OLD MEN and HELL OR HIGH WATER. 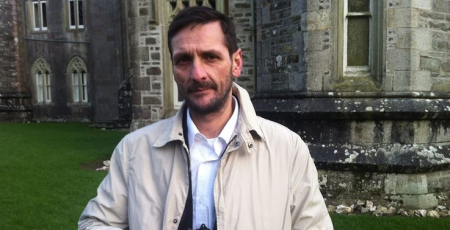 Based on the poem by W. B. Yeats, the second installment continues to delve into the underbelly of occultism, physics, and political paranoia, as it travels over multiple continents, and across the lives of an eclectic group of characters (including Jim Goad, Michael Parle, Kristen Condon, Bruce LaBruce, Gregory Pakis, Emma Eliza Reagan, Richard Masters, Terry McMahon, Shannon Goad, Jonathan Johnson, Mark Savage, Frank Howson, Marco Costa, Catarina Matos, Luke McKenna, Natatsha O’Brien, Nina Antonia, Adam Parfrey, Shaun Partridge, Lisa Carver and Gene Gregorits.) None of whom will remain unscathed from an impending apocalypse… and some of them work to hasten the arrival of the chaos…

In a madcap future era, the world’s greatest secret agent must race through time to rescue his son from the clutches of his infamous former mentor.

If DOCTOR WHO was genetically spliced with STAR TREK, by a mad scientist with a wicked sense of humour (who also threw in a sprinkling of malevolent goblin puppets just for giggles), you might have something resembling this soon to be cult classic. And with STAR TREK’s Walter Koenig on board, this film boldly goes to new comedic heights. 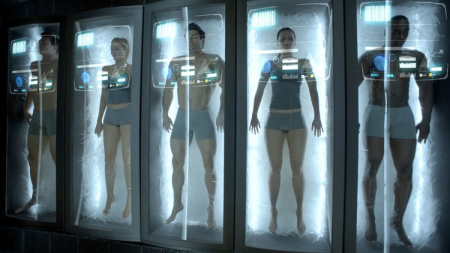 A genetically perfected crew are on a rescue mission to recover a deep space mining vessel. All that remains of the drifting space ship’s crew is a catatonic male human, and a subservient female android. But with its precious cargo missing, and the rescue party themselves becoming unhinged, they must race to discover not only the location of the ship’s missing cargo, but what happened to the rest of its murdered crew.

Ancestors – Jed Whedon and The Willing by Efehan Elbi

Short Screenplay Competition
Winner
Message through the stars by Vijay Varman
While traveling at the speed of light to a distant planet, a young mother must deal with the fallout this journey has on her only child.

1st Runner Up
Populace by Dan Horrigan
Populace follows a day in the life of John, a clone, who works for the tyrannical Orweillian Populace corporation. His world is turned upside down when he is forced to choose between the reason he was created and the woman he loves.

2nd Runner Up
Lovein´ It by Stuart Creque
A member of a Narcotics Anonymous support group rudely brings the thing another member craves most to a meeting.

To know more about this festival please visit the FESTIVAL PROFILE (A Night of Horror Film Festival – Fantastic Planet Horror, Sci-Fi & Fantasy Film Festival) or go to the official webpage of the festival HERE.