Winners of the International Documentary & Short Film Festival of Kerala 2016 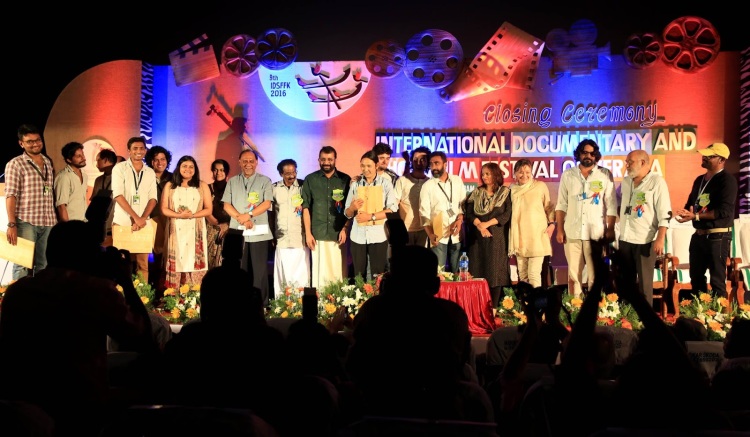 We present the list of winners of the 9th International Documentary & Short Film Festival of Kerala (IDSFFK) that took place from June 10th – 14th in Trivandrum (Kerala, India). 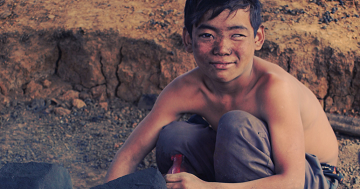 The dangerous lives of labourers making their living in an Indian coal mining boomtown are brought into focus through the indomitable spirit of an 11-year-old boy determined to escape the dark abyss and return to school.

What the jury said: “The award for Best documentary goes to an emotionally haunting film that draws us into the dangerous and precarious lives of migrant workers in coal mines of Jaintia Hills. The compassionate engagement of the filmmaker with his young protagonist stayed with us a long time afterwards.” 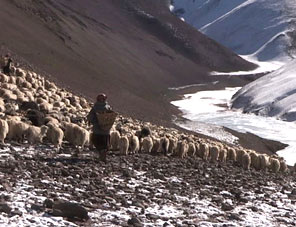 In the Himalayan High Plateaus, far from any human life, we will accompany Tsering, a shepherdess, throughout one year, thanks to her brother’s knowing camera. We will discover the moving and exceptional picture of a woman who has devoted her life to her cattle. In the Far Northern Mountains of India, in Ladakh, Tsering leads her flock of 300 sheep and Pashmina goats to graze on the 5500 m high Himalayan Plateaus. Surrounded by this dry and desolate landscape, she lives with her cattle under the continuous threat of wolves and snow leopards. Her brother followed her during one year and filmed her exhausting work: both exceptional and moving pictures in which we discover the maternal tie between her and her sheep. A life diametrically opposed to the Western luxury industry which will use the Kas.

What the jury said: “A Special Mention goes to the beautifully crafted portrait of a shepherdess in her solitary wanderings through the seasons on the hostile high plateaus of Ladakh and the slowly vanishing traditional way of life.” 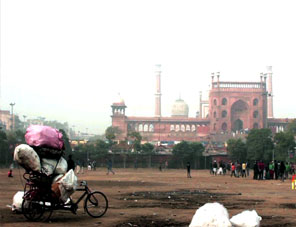 The film probes the heady world of night-shelters, improvised sleeping spaces and the infamous sleep-mafia to consider “Sleep” as a deeply conflicted and textured socio-political terrain.

What the jury said: “The award for best cinematography goes to the film that fluidly captures the atmosphere of the space and the character of the light to evoke the desperation in the nightshelters of Delhi.” 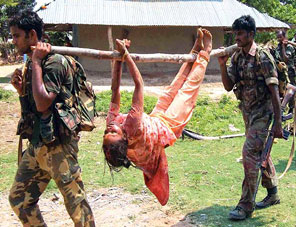 Film ‘The Hunt’ explores the condition of human rights in the Naxal affected areas of Jharkhand, Chattisgarh and Orissa. These areas are rich in mineral resources as well as tribal population where Central and the state government have already signed MoU’s with various national and multinational companies. These companies and the government is facing resistance from the local population who do not want to give up their land. In fact these areas are also the strong hold of Naxalites. The film questions the thoughtless rapid development model of the government where lives of millions of tribal in these areas are severely affected.

What the jury said: “The award for best short documentary goes to a film that brings attention to the ongoing large-scale of violation of human rights in the tribal states of Central India and the terrible plight of the tribals caught between the state and the Naxalites.” 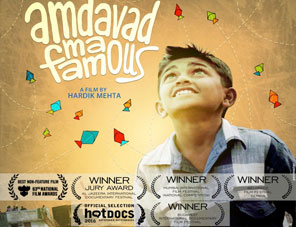 Set during the kaleidoscopic backdrop of the kite-flying festival, the film witnesses the transformation of an 11-year-old Zaid from a boy next door to a passionate kite-runner until he comes across a hindrance that prevents him from flying kites.

What the jury said: “A special mention goes to a film, light as the flight of kite, that playfully captures the collective madness of a popular festival in Ahmedabad” 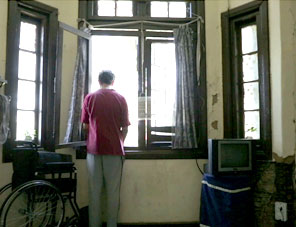 A paralyzed mother, Sushma and her young son, Rajiv, are learning to adjust with their new life. A recent accident has left their lives scarred forever. Sushma’s only hope is a pigeon, which she found in her house, the same day when her husband died.

What the jury said: “We decided to award PAPA for its innovation in narrative gesture and wicked understanding of human behavior” 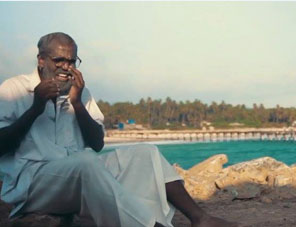 A graphic novel-ish tale of Freddy & Marcos, 2 goons, who set out to assault an old shopkeeper as per the instructions of their boss, Jose & his sexy intermediary Susan. But fate delivers a tragicomic punch turning all of their worlds upside down.

What the jury said: “We decided to award for its use of graphics beauty
, action and precision in composition.” 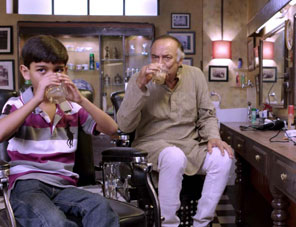 A Korean lady just moved in to a small city of India. In her neighbouring home, there are grandpa, daddy and a boy (7) live together. All three generation fall in love with her in their own ways.

What the jury said: “We decided to award for its storytelling and exploration of each characters in subtle way.” 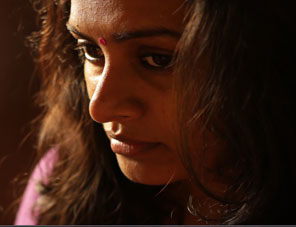 Too many things like religion, politics, history,nationalism,gender etc. divide people. But people emote and at the end emotions link people together.’Pottu’ depicts a page from the life of a woman (and a man) who search freedom through love.

What the jury said: “We decided to award Tilak for its simplicity, beauty and grace.” 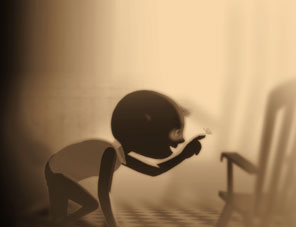 ‘Euphoria’ is the reminiscence of an artist. He contemplates over his entire life in search of philosophical means of his existence and purpose in this world as an artist.

What the jury said: “We decided to award Euphoria by for its use of transformative quality of animation to its best, where one metaphor changes to its corresponding next.”

AFF would like to remember readers that the International Documentary & Short Film Festival of Kerala is part of our partnership program (See all partners). We want to thank them for their support and wish you guys have a great edition.